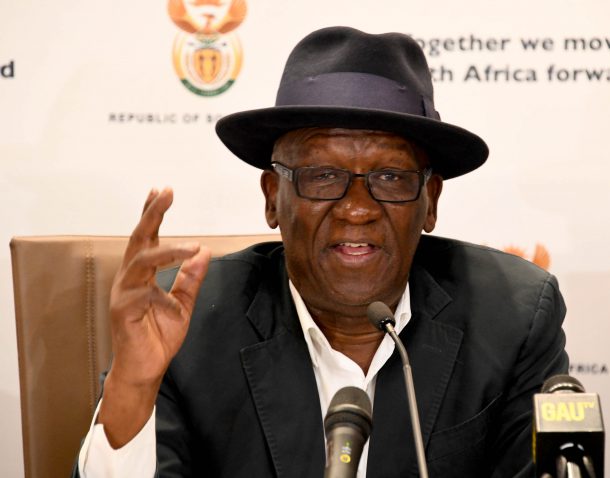 The Independent Police Investigative Directorate (Ipid) is set to get a new boss in Jennifer Dikeledi Ntlatseng.

Parliament’s police portfolio committee has endorsed police minister Bheki Cele’s nomination of Ntlatseng to be appointed as the executive director of the police watchdog.

The law provides for the police minister to make the appointment based on the approval of his chosen candidate by parliament.

“We strongly support the candidate proposed by the minister. The committee therefore accepts that Ms Jennifer Dikeledi Tlatseng be appointed as the executive director of Ipid‚” said committee chairperson Tina Joemat-Pettersson‚ wrapping up a heated discussion that took more than an hour and a half.

“We are convinced this was a robust process and we have ensured that we appointed an individual with the necessary qualifications.

“I would like to accept that the candidate demonstrates an in-depth knowledge of the criminal justice system‚ based on the documents I’ve read.”

Joemat-Pettersson added that she would have been disappointed if the committee had simply rubber-stamped Cele’s nomination.

However‚ this is exactly what MPs from the DA and FF Plus accused the portfolio committee of doing. They objected to the nomination‚ claiming the process had been flawed and that the candidate lacked investigative experience – an important part of the job.

They said the process followed was outside the law according to the Ipid Act‚ which prescribes that the position should not be vacant for more than 12 months.

The position has been vacant since Robert McBride’s departure in February 2019.

The DA’s Andrew Whitfield said suspending the appointment process would be the best way to hold Cele accountable for missing the deadline to nominate a candidate.

He said the committee could instead prioritise the amending of the Ipid Act‚ correct inconsistencies in it and then proceed with a nomination process to appoint a permanent head.

“Otherwise‚ Ipid will remain a dark cloud of controversy hanging over our police watchdog‚ which is not going to help in fulfilling the oversight functions of the police in SA‚” he warned.

The FF Plus suggested that as the deadline to appoint a new head had already been missed‚ Ntlatseng’s appointment need not be rushed and parliament could ensure a more thorough process.

But ultimately ANC MPs‚ who are a majority in the committee‚ accepted Ntlatseng’s nomination.

ANC MP Kebby Maphatsoe criticised the opposition MPs‚ saying they were opposed to Ntlatseng because she is a woman.

“We sometimes undermine the quality of women that we have in our country. If people do not have confidence in a woman who has spent time studying and working on some of these things‚ and you come to the committee and say we don’t want this woman‚ what kind of a country are we?” he said.

“As the ANC we support emancipation of women and the empowerment of women because they are the same like us‚ and if they have the qualifications‚ they meet the requirements‚ we must support them.”

Cele blamed the delay on a failure by previous candidates to meet the requirements. He told MPs that two recruitment processes followed by the state could not find a suitable candidate. In the end‚ and with the help of a private company‚ the state embarked on a head-hunting process.

“We tried to fall within the 12 months as prescribed by the law. It couldn’t happen. We made serious attempts to deal with the matter‚” he said.

Joemat-Pettersson acknowledged that the committee was in a tight corner as the high court in Pretoria noted in the Collins Khosa case the inadequacy of the existing investigative mechanism in Ipid.

“The judge noted it was a serious concern that Ipid does not have a permanent executive director for the duration of the lockdown who could act independently‚ as was required by the court in the minister [Cele] and McBride matter‚” she said.

Joemat-Pettersson said it was important for MPs to discuss whether Ipid should remain without an executive head until the act is amended‚ which could take more than a year. On the other hand‚ the law does not provide for the extension of the acting Ipid head’s term.

“The argument further is that during this period of Covid-19 and with all the cases that have been referred to Ipid‚ it would be irresponsible of the committee not to have an Ipid head whilst we have so many cases referred to Ipid‚” she said.

Ntlatseng‚ 49‚ holds LLB and BProc degrees from Unisa. She is a former director of community police relations under the secretariat for civilian police oversight and monitoring in Gauteng. She has 21 years’ experience in safety and security in the public sector and at least 10 years in senior management.

A sitting of the National Assembly will still have to approve her appointment for it to be final.