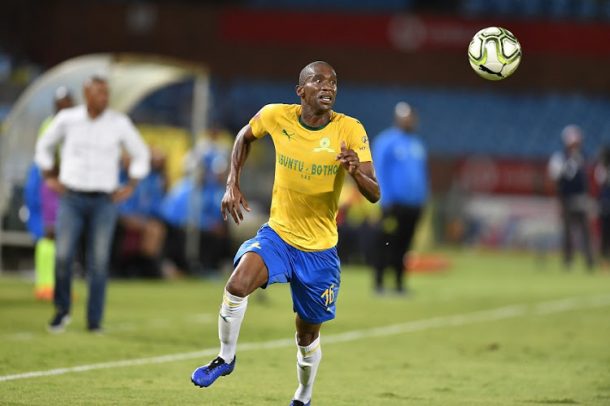 Belgium second division side KSV Roeselare have confirmed the signing of Mamelodi Sundowns and Bafana Bafana right-back Anele Ngcongca on a two-year contract.

The 32-year-old Ngcongca is no stranger to Belgian football having spent time with Racing Genk in the Jupiler Pro League on three separate occasions between 2007 and 2015.

“Today Calvin Anele Ngcongca signed a two-season contract plus option on an additional campaign at Schiervelde‚” announced KSV Roeselare on their website on Monday.

“The defender‚ who can handle several positions‚ comes from Mamelodi Sundowns‚ with which he was active last season in‚ among other things‚ the quarterfinals of the Caf Champions League.

“Anele is no unknown face in Belgian football‚ between 2007 and 2015 he played at Racing Genk. In eight seasons‚ Anele reeled no less than 279 games for the Limburgers‚ including a number against KSV Roeselare. During his time with Genk‚ he became champion once and twice won the Belgian Cup.”

Sundowns could not be reached for comment and had not confirmed nor denied Ngcongca’s exit at the time of publishing.

The defender’s European experience includes a spell with French side ES Troyes in 2015.

“In the 2015/2016 season‚ Anele was loaned for a year to the French ES Troyes AS‚ before returning to his home country. In the four seasons with the Sundowns‚ he played 97 games and became South African champion twice‚ winning the cup and the Caf Super Cup.

“Anele is returning to Belgium by signing a two-season contract with an option with Schiervelde. With his experience he will be able to able to contribute to the ‘KSV Roeselare 2.0’ project. We warmly welcome Anele and wish him the best of luck at Schiervelde‚” concluded the club.

Before the season was suspended due to the outbreak of Covid-19‚ Ngcongca‚ who won two league titles during his four-year-stay at Chloorkop‚ featured in 29 matches in all competitions under coach Pitso Mosimane.

Sundowns named Ngcongca as one of the injured players at their Rustenburg mini-camp at the weekend and he is believed to have a hamstring strain.