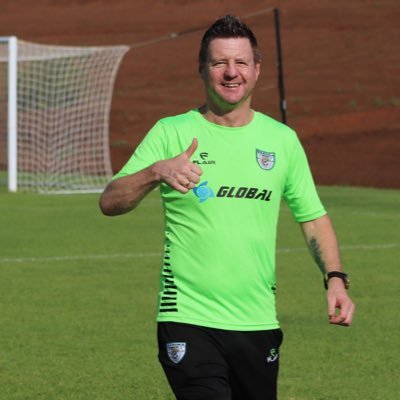 Baroka FC coach Dylan Kerr: ‘My players are not ready yet’

Baroka FC coach Dylan Kerr says there is no way his players will be ready to take to the field should the league programme resume in the beginning of next month.

Kerr says while he understands that the season must be completed‚ his players are far from full match fitness and will not last the full 90 minutes on the pitch.

“My players are not ready yet and they are not going to be ready to fulfill the potential that I know they can for at least a month‚” said Kerr forthrightly.

“As a coach it is frustrating because you have a short space of time to try and get the players to a level of fitness where you know they can play for 90 minutes in a competitive PSL match. It is very difficult for a coach to manage this.”

The first weekend of August is the date that has been mooted as domestic football’s likely return to play with the semifinal round of the Nedbank Cup pencilled in to get things underway. Baroka were drawn against Bloemfontein Celtic while Sundowns were to face BidVest Wits when the semifinal draw was made on March 15.

Kerr said should the clubs be asked to resume matches in the coming weeks‚ they will have no choice but to honour their fixtures. Be he added that he is concerned about the safety of the players.

“We will have no option but to go and play.

“But is it going to benefit my club? No. I don’t know what Bloemfontein Celtic have been doing. I don’t know if they (Celtic) trained the same time as us or they trained earlier than us.

“For me after nearly five months of no competitive football‚ it’s not like you can just switch it on and we are back.

“On Monday we did a training session which was very intensive and I reckon that only eight out of 27 players are okay. The rest are not at that level yet and it’s going to be tough‚ but I take the responsibility of managing these players.

“I am getting advice from clubs in the Championship and Premier League in England on how they did it. I am worried about injuries.”

Chippa United coach Lehlohonolo Seema echoed Kerr’s sentiments and said the situation is not ideal‚ given that he is working with new players after joining the side recently.

“It is not easy to plan when you don’t know when you are going to play‚” he said.

“We are working in separate groups and it’s challenging‚ but we have to adapt as coaches to make sure that we try to get best out of the guys.

“We will have to try to make sure that the fitness foundation is there so that they can handle the conditions of competitive matches‚ and I think the five substitutions will also help. Whether we are ready or not‚ we will only see when the games start.”

Black Leopards coach Alan Clark said the situation is difficult for everyone but they have to be ready for the restart.

“We have to be ready‚ we don’t have a choice. Would we have enjoyed more time‚ off course because the amount of time that we have been out is excessive.

“You don’t generally don’t get this amount of time out in football but it is a new situation and we must adapt.

“It is a difficult situation for everyone and as coaches we have to learn to be adaptable to different situation at training‚ in the game and in life in general. I am a coach that likes to plan and have things in place unlike doing things off the cuff.”