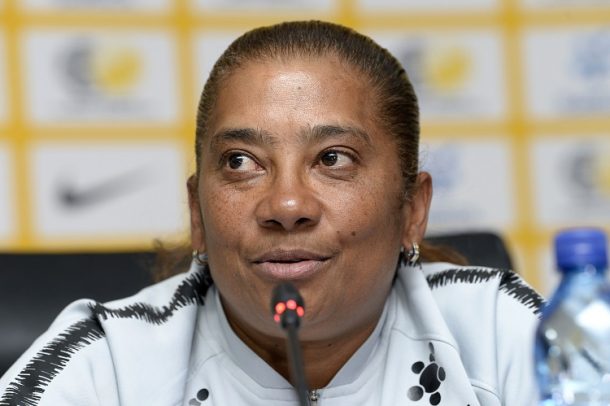 Banyana Banyana coach Desiree Ellis says that several high-profile moves for the national team’s players can only stand the South African women’s side in good stead.

“It’s incredible and amazing‚ and I think creates opportunities for the players‚” Ellis said.

“I think the players have done very well over the year or so. They have marketed themselves very well‚ playing at global tournaments like the World Cup.

“We might not have won any games there but I think we stole the hearts of people. And I think that’s why there are the big opportunities that are happening.

“I’ve always reiterated that if our players can train at the highest level and play at the highest level it will really help the national team. And going to these leagues‚ they train every day consistently at a high level‚ and play‚ and it challenges them in a different way.”

Ellis said that‚ in a year when Banyana have qualification matches for the 2020 Women Africa Cup of Nations (Afcon) to play‚ such big transfers for senior players‚ combined with an abundance of young talent emerging‚ can be crucial.

Banyana have a bye through the first round to a second-round qualifier against the winners of Malawi and Eswatini in June‚ the winners of which reach the 2020 Afcon.

Ellis said she has seen some real emerging young talent in the current SA U-20 team.

“That is just amazing‚ when you go to these games and see the talent coming through‚” the Banyana coach said.

“Already in the U-20s we have Sibulele (Holweni) and Karabo (Dhlamini)‚ and Noxolo (Cesane) who has been part of Banyana.

“We have the U17s who have done so well under coach Simphiwe Dludlu at Cosafa and are now going to prepare for the World Cup (in the qualifiers for India 2020).

“So I think the future’s so bright. There is more talent coming through and it is frightening‚ which is really great for the future of women’s football in the country.”

Ellis said this year’s Afcon needs to be seen as the beginning of a new cycle for Banyana towards the 2023 Fifa World Cup.

Banyana competed in their first World Cup in France last year‚ but lost all three games.

“We cannot be shortsighted in thinking that we are only preparing for the Afcon‚” Ellis said.

“We have to start preparing now to give players the experience of going to an Afcon tournament.”