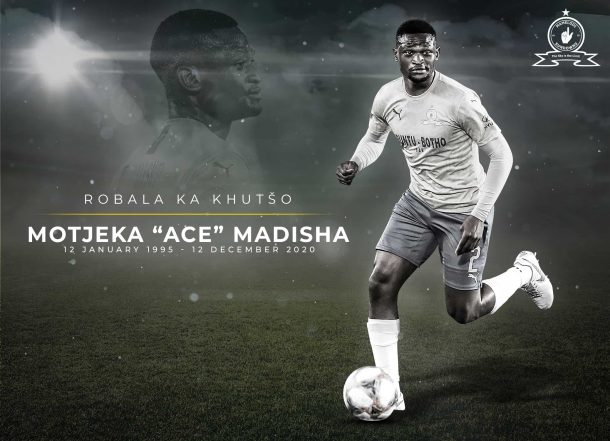 Bafana Bafana coach Molefi Ntseki and the members of his technical team will visit the family of late national team player Motjeka Madisha to offer their condolences at his home in Ga-Madisha village in Zebediela on Wednesday.

The Mamelodi Sundowns player died when the vehicle he was travelling in crashed into a steel pole in wet conditions and burst into flames near Kempton Park in December. He will finally be laid to rest on Saturday.

“I will be accompanied by Dr Thulani Ngwenya‚ who has known Motjeka from the U20s when he joined the team that was coached by coach Ephraim “Shakes” Mashaba and was the captain. I will also be joined by the acting Safa Technical Director Frans Mogashoa‚ who is from Limpopo‚ and the last person on this trip is current Bafana Bafana assistant coach Kwanele Kopo‚” he told TimesLIVE.

Ntseki said Ngwenya and Kopo worked closely with Madisha for many years at the various junior national teams and they knew him very well.

“I have had a very good relationship with him because he was always full of energy‚ always playful and a good person for the dressing room and for training sessions. Those were the good things about him.

“When we brought him to the Bafana set-up‚ we were looking forward to having a younger player coming in to strengthen our defence. If you look at defenders in the current national team‚ most have been with the team for more than five years. Madisha came in because of his background of having been with all the national teams.

“When we played against São Tomé and Príncipe in Durban‚ the two captains were not in camp and I went with him to the press conference.

“There were a lot of positive things we were [expecting] from Madisha‚ it is just unfortunate that we lost him the way we lost him. For Bafana and everybody‚ it’s as if it is not real‚ it’s like he will come back to the team. But we have to accept and pass our condolence to everyone.”