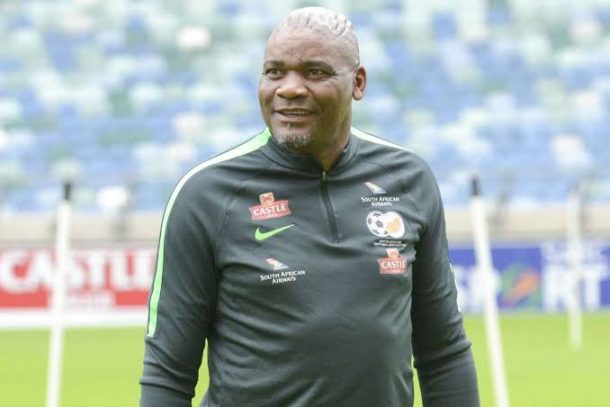 Bafana Bafana coach Molefi Ntseki says they are fully aware of what to expect from their group rivals after the identity of their opponents in the road to the 2022 World Cup were revealed on Tuesday night.

The South Africans were pitted against perennial nemesis Ghana‚ highly unpredictable Zimbabwe and Ethiopia in Group G when the draw for the second round of the African qualifiers was conducted in Egypt.

Ntseki said Ghana‚ who triumphed 2-0 over Bafana in the 2021 Africa Cup of Nations qualifiers in Gold Coast last year‚ are their biggest threat.

“I don’t know if drawing Ghana is good or bad‚ it’s all about how the fixture turned out and we could have drawn any team in the top ten‚” said Ntseki.

“The most important thing is that we are going to play three matches against Ghana. We are left with one match in the Afcon qualifiers and we have to play two more in the World Cup qualifiers and it is going to be an interesting encounter against them.

“The last time they took us to Cape Coast it was difficult for us when it comes to travelling and player recovery‚ but this time we will go into this match knowing the conditions.”

On the other group opponents‚ Ntseki said they must prepare well to avoid disappointment.

“With Zimbabwe‚ most of their players play in SA and the good side of that is that we will be able to profile their them every week‚” he said.

“But at the same time they know our players.

“As for Ethiopia‚ we are aware of what happened in the past but we are talking about the current Bafana with different personnel and technical team.”

Ethiopia were responsible for Bafana’s failure to qualify for the 2014 World Cup after they beat SA 2-1 in Addis Ababa.