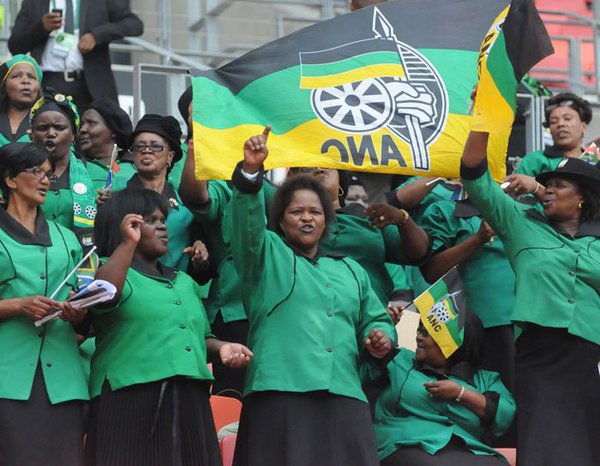 The international supporters of Oscar Pistorius who flew in for his brief court appearance earned a rebuke from the African National Congress Womens League (ANCWL).

Members of the group of supporters on Monday held up a large banner carrying the names of people from more than 20 countries‚ as well as posters saying “Global character assassination” and “Oscar was abused and bullied in front of the world” outside the Pretoria High Court.

Among them was Heather Malcherczyk from the United Kingdom‚ who said: “I’ve always believed it was a terrible accident. He has no history of violence. No history of domestic violence. He is disabled… This is a violent country. He acted out of fear.”

The league’s secretary-general‚ Meokgo Matuba‚ said on Wednesday that “the group…was satisfied with the culpable homicide ruling and is now gunning for a lenient sentence”.

“However‚ this stance is undermining the plight of women who continue to lose their lives in the hands of their partners‚” Matuba said.

“We condemn these actions because we believe that the brunt of domestic violence cannot be reduced into emotions and sentimental beliefs of a group that sympathises with the accused.”

Pistorius made a brief appearance for his case to be postponed to June 13 for sentencing proceedings‚ which must be held afresh after the Supreme Court of Appeal last year overturned his culpable homicide conviction for shooting and killing his girlfriend Reeva Steenkamp and instead found him guilty of murder.

Matuba said the supporters’ “actions undermine our justice system which seeks to protect all victims of abuse irrespective of class”.

“We have observed the grand standing of the international supporters and we urge them not to undermine challenges faced by our people.”

She vowed that “all structures of the ANCWL will be at the Pretoria High Court…to witness the judgement proceedings and to offer support to the Steenkamp family”.