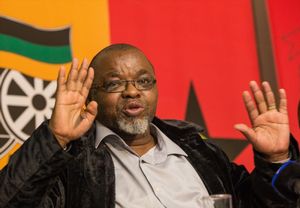 Corruption in the ANC is so rife that it can no longer be regarded as a perception, says the party’s secretary general, Gwede Mantashe.

Speaking to ANC supporters in Evaton, south of Johannesburg, yesterday, Mantashe warned that corruption could not be allowed to continue as it hampered the government’s ability to deliver basic services.

“The ANC should not be corrupt and if the ANC is corrupt then something has gone wrong.

“At this stage we cannot say that it is a perception. There are people in the ANC who loot the state, and when you loot you destroy the ability of the state to deliver services,” Mantashe said to loud applause.

Mantashe was drumming up support for the ANC’s 105th birthday celebrations to be held at Orlando Stadium this weekend.

His frank admission struck a chord with the audience, with some shouting that they had been reduced to living like farm-dwellers without services.

It was not the first time that Mantashe has spoken out against corruption in his own party.

He blamed the ANC’s misfortune in the August local government elections on corruption.

Mantashe also acknowledged that not much had been done by the government to develop Evaton, which is near Vereeniging.

“We can’t leave Evaton as it is much longer, with no streets. We can’t complain that there is no money because there is money,” Mantashe said.