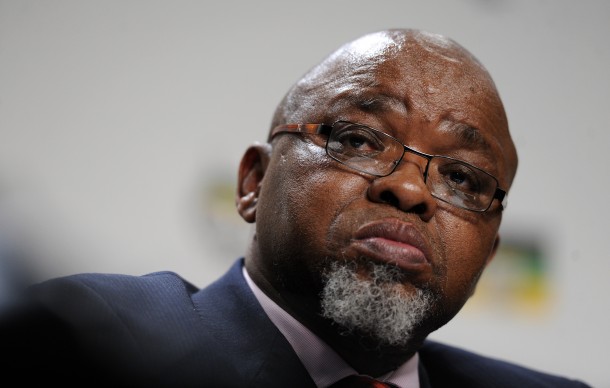 ANC motormouths told to get in line

After an ANC national working committee meeting yesterday, ANC secretary-general Gwede Mantashe pulled no punches when he slammed the behaviour of senior party members and the Hawks over the past few days.

His comments come at a time when the ANC is hurting on all fronts and as state institutions are at war with each other.

Addressing the media after the national working committee meeting, Mantashe said the party had to deal with matters that had dominated public discourse recently.

On Eskom, the ANC called for a meeting between Public Enterprises Minister Lynne Brown and the Treasury “to decisively deal with its differences in a manner that promotes public confidence”.

South Africa has attracted R194-billion of investment in energy infrastructure through its programme to obtain power from independent producers. But Molefe is said to support nuclear energy, a project President Jacob Zuma’s administration is pushing.

Briefing the media yesterday, Mantashe said it was cause for concern that Eskom would act against ANC policy and spurn independent power producers.

He said ANC policy was clear on energy development and supply.

“Somebody wakes up one day and announces that I will leave the renewable energies, I will go to nuclear, that is ill-discipline at its best and it actually impacts negatively on the confidence of the economy of the country.”

Mantashe said people should not speak out of turn as this had wider implications.

Yesterday Eskom was also ordered by Brown to submit its response to a Treasury probe into the parastatal’s coal contract with Gupta family-owned Tegeta Exploration & Resources.

The Treasury, led by Gordhan, said efforts to investigate the contracts with Eskom had met resistance from the parastatal bosses, while Eskom countered that it had been co-operating.

Mantashe did not shy away from the controversy between the Hawks and Gordhan over the police unit’s investigation into an alleged ”rogue” unit set up at SARS nearly a decade ago.

He said the tendency by senior ANC leaders to launch one-sided forays into the stand-off between Gordhan and the Hawks had the effect of legitimising talk of a conspiracy. He said Gordhan was not above the law but questioned the way the Hawks handled the case, saying there was an element of attempting to “humiliate” Gordhan.

He said the Hawks had a right to investigate. “But please do what’s done normally when people must appear in court.”

He described as “totally unfortunate” the decision by Umkhonto we Sizwe Military Veterans Association to allow Van Rooyen, the former finance minister who held the job for four days and who was subsequently replaced by Gordhan, to accuse Gordhan of seeking public sympathy through the media instead of co-operating with a Hawks investigation.

“The MKMVA should not have spoken on the matter but to choose [Van Rooyen] to speak on the matter was totally unfortunate and they will realise that. To choose Des was to club him into a position that says: ‘I can do the job better than [Gordhan]’. Where is the humility?” asked Mantashe.

Cautioning ANC leaders against taking sides, Mantashe said: “What you are doing is legitimising a conspiracy narrative.”

The effects of the stand-off between the minister and the Hawks are reverberating throughout the tripartite alliance, with labour federation Cosatu agreeing that the MKMVA leaders’ utterances “give credence to the accusation by some that the Hawks’ investigation and pursuit of comrade Pravin Gordhan is nothing but political persecution.

“Accusation is not proof and conviction depends upon evidence and due process of law. Comrade Pravin has every right to do what he did and … we need to defend his freedom to question and challenge the Hawks’ actions.”

Hey my pipo...thank you for joining us on #RISEfmLunchWithMizzK Johnny Depp who played Jack Sparrow on Pirates of the Caribbean was booted out of the movie sequel after his ex wife, Amber Heard accused Depp of abuse. Johnny has been offered $301m, an apology letter and another offer to return as Jack Sparrow.#questionoftheday if your employer fired you because of false allegations and your innocence was proven, would you return to work if they offered you your year's salary and an apology? ... See MoreSee Less