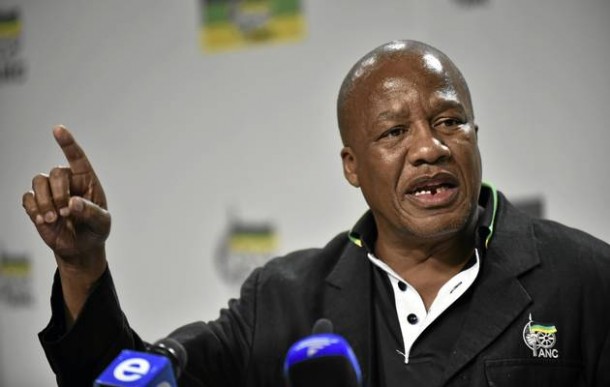 ANC is ‘fractured to the core’: Chief Whip Jackson Mthembu

The ANC could find itself in trouble after the 2019 national elections‚ according to the party’s parliamentary Chief Whip Jackson Mthembu.

The former party spokesman was speaking on Friday morning at the East London City Hall at the funeral of ANC stalwart Malusi Maxegwana.

Mthembu addressing hundreds of mourners said‚ “We are not sure if we will continue to be free after 2019.”

In a candid address‚ Mthembu has acknowledged the party’s deep divisions“.

“We are fractured to the core. We are divided in the [ANC’s] NEC‚ PEC‚ RECs. We are busy scoring spectacular own goals‚” he said.

Mthembu said corruption was running rampant in the party. “We have become corrupt to the core. All we are concerned about is to accumulate wealth as if there is no tomorrow.”

The funeral was attended by ANC bigwigs such as Mcebisi Jonas‚ who is seen as opposing to President Jacob Zuma’s bid to have former AU chairwoman Nkosazana Dlamini-Zuma succeed him.