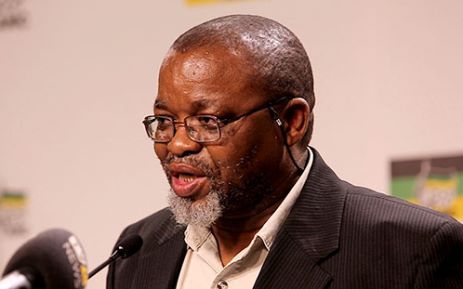 The governing party has been trying to serve court papers on Sparrow since January 19 after she posted comments on Facebook in which she called black people “monkeys” because of litter left on a KwaZulu-Natal South Coast beach following New Year’s Day celebrations.

Her post went viral, attracting national outrage and forcing her to flee her Scottburgh home. She reportedly took a flight to Johannesburg – prompting the ANC to take the unusual step of serving the papers on her by publishing advertisements in three newspapers.

ANC secretary-general Gwede Mantashe wants Sparrow to face the Equality Court over her post, and wants the court to rule that the post was racist and propagated hate by dehumanising blacks.

He hopes the court will fine her R200,000, to be paid to a charity supporting non-racialism.

Mantashe also wants guidance from the court on whether Sparrow can be criminally charged.

The advert gave her 10 working days to respond. If she fails to do so, further action could be taken.

Williams told The Times yesterday that he hoped Sparrow would respond before the cut-off date next Friday.

“The advert specified that if she wants to oppose the matter, she has 10 business days in which to do so. Failing which, we can apply to the court for the relief sought. So now it’s a question of timing,” he said.

A representative of the sherriff’s office on the KwaZulu-Natal South Coast said yesterday that attempts to serve the papers on Sparrow, including by attaching them to her home’s front gate and delivering them to her daughter’s business premises, in Scottburgh, had been unsuccessful.

Sparrow said she had left her home because she received death threats.