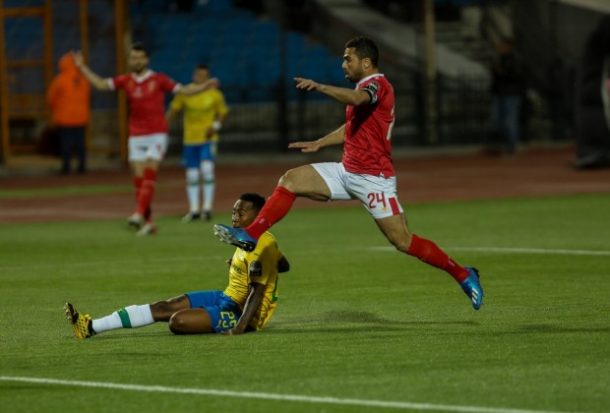 How many times has he sneered the phrase ‘parking the bus’ when describing the approach of defensive-minded opponents who come to take on his team?

But if Mosimane thinks he has seen all the different versions of defending away from home‚ he will probably have not seen anything like the fleet of buses the Egyptian giants Al Ahly are likely to park in front of their goal when they attempt to defend a two-goal advantage in the African Champions League at the weekend.

Ahly beat Sundowns 2-0 in Cairo in the first leg of their quarterfinal tie and if past history is a anything to go by‚ the South Africans can expect to be up against a veritable “Berlin wall’ as they attempt to get themselves back into the tie.

The Egyptians have a long‚ and successful‚ history of holding onto leads in continental club competition ties and will likely employ every trick in the book as they seek to hold on to their lead at Lucas Moripe Stadium in Atteridgeville on Saturday afternoon.

It will be a tough test of Sundowns’ mental strength and fighting will as they face a barrage of negative play‚ time-wasting tactics and unsporting shenanigans designed to break down their spirit and sap the fight out of them.

The north Africans are masters at this‚ as Mosimane knows only too well‚ and his tactical acumen comes under the spotlight as he needs to figure out how to ‘unpark’ the bus.

Al Ahly’s determination to extract revenge for last year’s 5-1 aggregate mauling at the hands of Sundown is reflected in their approach to Saturday’s second leg.

They flew to South Africa on Sunday‚ in the same plane as Sundowns‚ to get as much time as possible to acclimatise to the altitude.

They were thrashed 5-0 on their last trip to Pretoria but are not expected to make the same mistakes again.

Al Ahly have only twice before let slip a two goal lead in an African club competition tie.

The first was in the quarterfinal of the Champions Cup in 1991 against Nakivubo Villa of Uganda‚ who levelled up the score and took the tie 4-3 on penalties.

Two years ago Ahly lost in the Champions League final to Esperance of Tunisia despite winning the first leg in Cairo 3-1.

In the return game‚ they were beaten 3-0.

It is a tape Mosimane might seek to study this week.