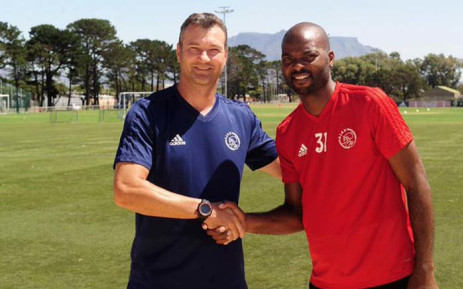 Ajax Cape Town have signed former Bafana Bafana and Orlando Pirates defender Rooi Mahamutsa as they their push for automatic promotion to the Absa Premiership next season.

The Urban Warriors lead second-placed Uthongathi FC by five points in the GladAfrica Championship and they hope that Mahamutsa’s vast experience will come in handy in the final nine games of the campaign.

The veteran centre-back‚ who has joined the Urban Warriors for the remainder of the campaign‚ spent eight successful seasons with Pirates where he won seven trophies before he joined Free State Stars.

Mahamutsa also helped Free State Stars to the 2018 Nedbank Cup trophy where he played in every minute of their run to the title.

“The world works in a strange way‚ I’ve always admired Ajax as a club and as a brand for many years‚” said Mahamutsa.

“At my age you wouldn’t think that I would have the honour of working with the best academy in Africa but here I am.

“To the Ajax faithful‚ I am looking forward to wearing your treasured red and white kit and I will fight for this title as if I came through your academy.”

In other news‚ TS Galaxy announced the signing of another seasoned defender in Thabo Nthethe.

The former Malemelodi Sundowns defender officially put pen to paper with the Rockets on Monday which will see him don the colours of the club for the next 16 months.

“Mr Cool”‚ as the experienced defender is affectionately known‚ has been training with the club for the past few weeks where he was monitored by the technical team.

“The signing of Thabo comes at a crucial time for our club where we are transitioning into a new phase with the recent appointment of our new coach.

“Thabo brings a wealth of experience to our youthful squad and his leadership will most certainly add value to the club.

“We are quite pleased that he has finally signed with us.

“A player with international experience like him is not easy to find more especially for a young club‚” said club owner Tim Sukazi.

Nthethe said he was looking forward to working with the club and contributing to their success.

“To all the supporters of TS Galaxy football club‚ players‚ management and technical team‚ I am very happy to be a part of this wonderful team.

“I am looking forward to helping the team play good football and in turn bring joy and success to our supporters around the country‚” said Nthethe.