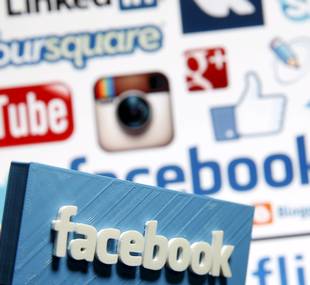 Afriforum said they would be open to helping any person to open criminal charges after it earlier today laid charges against 12 people for incitement to murder and violence following comments on social media.

The organisation laid charges of incitement to murder‚ incitement to violence‚ and crimen injuria at the Lyttleton police station in Pretoria‚ after it had collected complaints from various people.

Afriforum spokesperson Ernst Roets said he couldn’t reveal who had been charged‚ but that it had been linked to comments made on social media inciting people to commit acts of violence and murder against white people.

“The typical comments come from statements made on Facebook and Twitter. Things like ‘all white people should be killed‚ white people’s property should be burnt down‚ white people are the enemy and their wives should be raped’‚” he said.

“Others are political statements like ‘kill the boer‚ kill the farmer’ or ‘one settler‚ one bullet’‚” Roets said.

Roets said the organisation was willing to help any person open a case if and when they are asked to help‚ despite all the cases they opened today involving comments inciting violence against white people.

“We definitely want to help. If they receive it‚ they must send it on to us. Our credibility is also important but‚ to be honest‚ we’ve received hundreds of complaints. But I haven’t received one where a white person says we have to go murder black people‚” Roets said.

He added: “They say racist things and it is a problem that must be addressed‚ but I haven’t received anything on the level of the charges we opened.”

Sheena Kretzmer‚ the managing director of social media consultancy The Social Local‚ said people’s ignorance was often to blame for the comments they make on social media.

“On the one hand people are definitely more aware of it‚ on the other people are using social media as a soapbox and they don’t understand the repercussions because they are so convinced that if they only say something to a 100 people‚ those people will keep it to themselves‚” she said.

“I think a lot of it boils down to absolute ignorance on how social media works. The fact that you’re only talking to your friends‚ doesn’t mean someone won’t screenshot it and send it out.”

Incitement to violence and crimen injuria cases‚ as well as hate speech cases as mentioned by Roets‚ may soon be dealt with differently‚ with the proposed Hate Speech Bill which is still open for public comment until the end of the month seeking to deal with such cases. Roets said: “The irony is we are opening all these cases‚ but we are actually opposed to this bill. Not because we are trying to protect racism‚ but because our issue is with the way the bill had been written. We will be making submissions on the bill at the end of the month.”

Justine Limpitlaw‚ an electronic communications law consultant‚ said she was concerned about some of the provisions in the bill‚ which sought to criminalise hate speech.

“I too have concerns about criminalising any kind of speech‚ but if it is genuine hate speech‚ i.e. with the incitement to cause harm element clearly present‚ then I think that is not unconstitutional. The problem is that the Bill’s criminalisation provisions are far too broad and go way beyond the Constitutional definition of hate speech‚” she said.