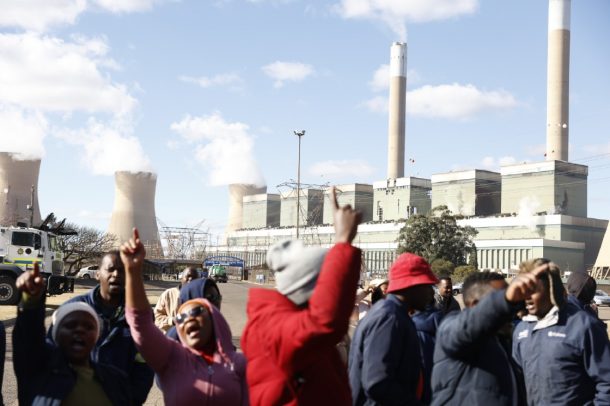 Hours after Eskom announced on Tuesday that it would be rolling out stage 6 load-shedding‚ largely because of an unprotected workers’ strike across its operations‚ AfriForum said it was taking legal action against the strikers.

The civil rights organisation said it had instructed its legal team to bring an urgent application to the high court in Pretoria “to compel law enforcers to take action against striking Eskom employees who are intimidating and harassing their colleagues”.

“Eskom indicated during a media conference that it is already in possession of a court order declaring the strike illegal. However‚ the power provider has thus far failed to enforce this order‚” AfriForum said.

“The labour dispute has led to Eskom being forced to introduce stage 6 load-shedding because non-striking employees are struggling to keep the lights on due to alleged sabotage‚ intimidation and interference by striking employees.

AfriForum moved to remind Eskom workers that power stations were classified as national key points and appropriate action had to be taken to protect the sites.

The organisation called on the police to ensure they protected the key points‚ adding they should have already intervened.

“Police should have already acted to stop the impending strike at the affected power stations.

“The situation has escalated so badly that we suspect the police service will have to enlist the help of the defence force to bring the situation under control.”