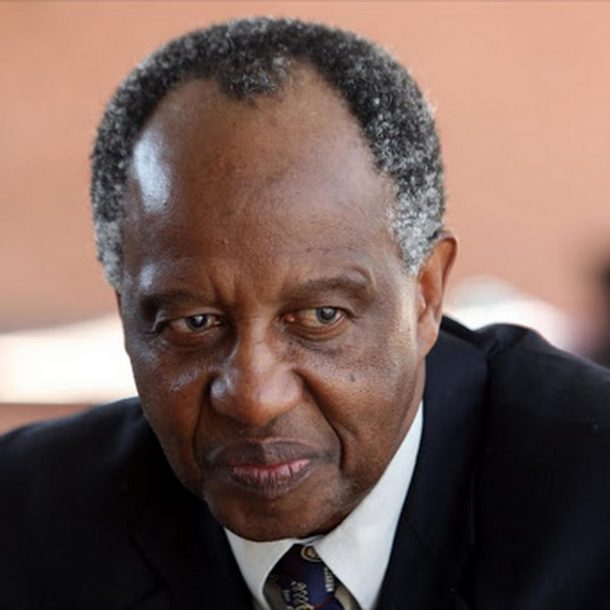 Players‚ coaches and administrators – past and present – who were denied the opportunity to prosper due to discrimination would have breathed a sigh of relief on Tuesday after Cricket SA (CSA) finally gave Adv Dumisa Ntsebeza the green light to take up his role as the transformation ombudsperson.

CSA announced on Tuesday that Ntsebeza‚ a former political prisoner who was jailed in 1976‚ will officially start his duties in May as the transformation ombudsperson of the organisation’s Cricket for Social and Nation Building (SJN) project.

Ntsebeza’s appointment was announced in August last year but the project was put on hold by the interim board shortly after they were appointed by sports minister Nathi Mthethwa in October.

CSA said Ntsebeza’s tenure will be for a six-month period.

The SJN project is a first of its kind in the country and is the brainchild of former CSA independent director Dr Eugenia Kula-Ameyaw‚ who chaired the transformation committee.

Speaking at the formal launch to announce the project last year‚ Kula-Ameyaw said the SJN project was a key step towards rectifying some of the wrongs of the past.

“This is not only significant for cricket‚ but for the entire nation‚” she said last year.

“It is a national project and we hope it will help those who have been hurt due to discrimination heal quicker.

“What this means to all of us‚ to those affected‚ is that CSA is heading in the right direction. It’s not enough just to talk‚ but action is required and I think this is a step in that direction.

“It is also a sign that shows what may have been conceived as impossible can be considered as doable. I want to believe that as the cricket community we have the ability to find common ground and deal with the pains of the past.”

Kula-Ameyaw resigned along with the rest of the Chris Nenzani-led CSA board in October.

The respected advocate was given a mandate to manage an independent complaints system that will look at the healing‚ restoration and uniting process of cricket players and fans‚ starting with former players.

Among his tasks will be to convene a national Imbizo and provide assurance regarding the extent to which transformation programmes impact on society.

Further responsibilities revealed during the announcement last year will include setting up The Restoration Fund – to deal with opportunities cost due to discrimination – and the implementation of the Diversity‚ Belonging and Inclusivity (Dibs) program.

CSA said another key mandate from the interim board is for Ntsebeza to investigate how women can be brought into mainstream cricket at all levels as soon as possible.

Ntsebeza was also tasked with finding ways how CSA can work with different levels of government‚ the NGOs and private sector to create future access for young people from communities historically excluded from opportunity.

The CSA said Ntsebeza will kick-start his tenure with a planned meeting with a group of more than 40 former players who last year made their statement during the worldwide Black Lives Matter protests in sport.

CSA interim board chairperson Dr Stavros Nicolaou lauded the commencement of the project and said it would assist those who were deprived of opportunities due to discrimination.

“This is not only significant for cricket‚ but for the entire nation‚” said Nicolaou.

“Advocate Ntsebeza is an outstanding South African and we trust this will be a national project which helps those who have been hurt due to discrimination feel they have been heard in cricket.

“What this means to all of us‚ to those affected‚ is that CSA is heading in the right direction.

“It is not enough just to talk. Action is required‚ and I think this is a step in that direction.”

Rihan Richards‚ acting president of the member’s council‚ said he was glad the details of the process announced in August last year had been finalised.

CSA acting CEO Pholetsi Moseki said Ntsebeza’s responsibilities and programme of action have been worked out in discussions with the ombudsperson.

“This will allow the SJN process launched by CSA in August last year to take off in earnest‚” said Moseki.

Ntsebeza was quoted in the CSA statement saying he is committed to a new path anchored on transformation and the SJN project.

“We owe it to the former players‚ coaches and administrators and the general public to act decisively.

“We need to ensure the ills that may have been inflicted on them are not extended to the next generation.

“My first task is to engage with the former players‚ coaches and administrators who last year provided heart-rending revelations about their personal experiences of racial discrimination in cricket since unity.

“They have done the game a service by speaking out the way they did.

“This is no time for PR messaging. We have to be accountable and implement realistic and sustainable measures‚” said Ntsebeza.

CSA said Ntsebeza will be made available to the media and details will be announced later this week.