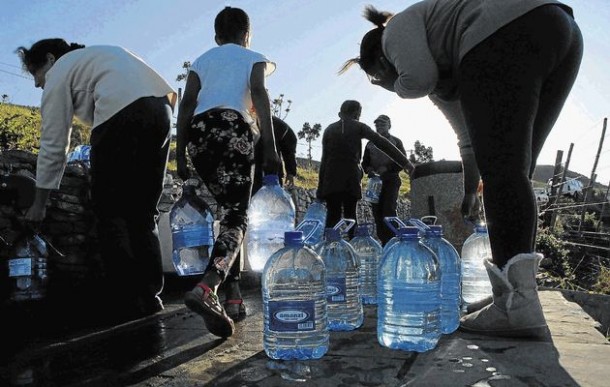 913 schools in SA have no water

A handful of activists belonging to Equal Education‚ a lobby organisation‚ have picketed outside the Department of Basic Education in Pretoria.

“Izolo mama bengingekho‚ ngiyolwela imfundo‚” the song continued. This loosely translates to “I wasn’t home yesterday mama‚ I went to fight for education.”

This is one of four pickets Equal Education is holding at the basic education offices across the country. The three others are in the Western Cape‚ Eastern Cape and Limpopo.

The organisation said this protest action was meant to highlight that Minister Angie Motshekga’s department won’t meet the 29 November 2016 deadline set for it to ensure all public schools have proper infrastructure.

After a long-drawn legal battle‚ Equal Education forced the department to adopt norms and standards for school infrastructure in November 2013.

According to this statutory document‚ the department has to ensure that by 29 November 2016 there are no longer schools without any water‚ electricity or sanitation‚ and schools built from inappropriate structures.

“It is painfully clear to us that this deadline will not be met‚” Equal Education said on Monday.

According to the organisation‚ the department’s 2015 statistics show that:

– 452 schools have no electricity‚

– 128 schools have no sanitation facilities.

A total of 10‚419 schools “continue to suffer with pit latrines”‚ it said.

He told the activists the department was doing its best to supply schools with required infrastructure.