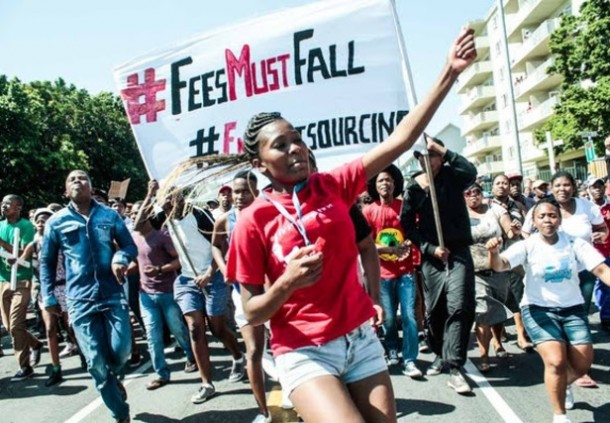 Universities South Africa says that the short-notice plan by President Jacob Zuma to provide free education for first-year students does not solve key concerns of the Fees Must Fall movement.

“This is not a fee-free system‚ but a positive extension of NSFAS [National Student Financial Aid Scheme] to disadvantaged students. It is still a fee-based system. It does not solve key concerns raised through Fees Must Fall protests by students. It’s still not free education for all as those who do not qualify for NSFAS or have not applied will not get funding‚” said Professor Ahmed Bawa‚ chief executive officer of Universities South Africa (USAF).

USAF‚ an organisation that represents universities‚ was thrown off by the lack of consultation by the president in his decision.

“We are annoyed that we were not consulted before the decision was made. We needed at least a year to go through the strategy and implement. But if the system works it will be a huge boon for our students. This is a huge advance for students as long it will be sustainable with a delivery mode that works‚” Bawa said.

The organisation is concerned that this might result in more student protests.

“Because this is only for first-years‚ second-years and third-year students will have to continue with the packages they had and not expect free education. This is going to bring a significant challenge. There will be a lot of confusion and possible protest by those students excluded‚” Bawa said.

The Department of Higher Education and Training has reassured institutions that there is enough money to fund the five-year funding plan‚ said Bawa.

“NSFAS is confident that it will manage to roll out the plan. The department also reassured us that there is enough money for the grants‚” he said.

On the question of a possible influx of students in universities due to possible free education‚ Bawa said that universities will stick with their agreed enrolment plans.

The organisation said that it will seek meetings with treasury early next year to get clarity on the allocation of funds.

The plan by Zuma disregards recommendations by a commission of inquiry into the feasibility of free education‚ headed by former Judge Jonathan Heher‚ which found that free education would strain the country’s fiscus.

In his announcement on Saturday‚ Zuma revised the definition of poor and working-class students to “currently enrolled TVET (technical and vocational education and training) college or university students from South African households with a combined annual income of up to R350‚000”.

An academic officer on the Student Representative Council at Wits University‚ Nontsikelelo Nkosi‚ said the president’s plan defeats the efforts of students who protested during the Fees Must Fall campaign.

“It doesn’t make sense. It’s still not a win for students. It only solves a small portion of a bigger problem. We want more people to get into higher education and finish their degrees. It’s not going to work out properly; they just have to deliver free education for all‚” Nkosi said.

Avela Mboniswa‚ chairperson of the Democratic Alliance Student Organisation at Nelson Mandela University‚ said the plan is based on “playing politics with the hopes and futures of millions of young people”.

“Poor students will flood institutions of higher learning in January with the hope of full funding while the minister of finance will only touch on the matter during his February budget speech. It is clear that the announcement is that of a reactive man without a plan‚ based on the reaction of some vice-chancellors around the country who were never consulted and treasury.”

Mboniswa said‚ if needs be‚ registration will have to be extended in all institutions of higher learning to allow all students to be included.

“This January intake will be a nightmare for students as we will face a chaotic and confused administration in institutions of higher learning with no answers to our questions‚” he said.