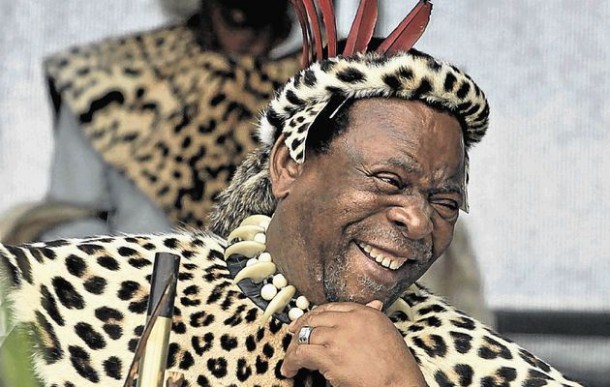 Zulu king Goodwill Zwelithini has convened an annual imbizo for the Zulu nation in Ulundi on Thursday where he will address his subjects‚ which will include women for the first time.

The imbizo was announced by IFP leader Mangosuthu Buthelezi‚ who is also the prime minister of the Zulu nation‚ on behalf of the king‚ through an advert in various Zulu newspapers last month.

Buthelezi said previously the imbizo was attended by men only but now it was important to emphasise that the monarch was inviting his entire nation‚ men and women.

The imbizo was preceded by a church service for all congregations which was held at the old KwaZulu-Natal government legislature building in Ulundi last Sunday.

While Buthelezi did not say what the focus of this year’s imbizo would be‚ King Zwelithini used last year’s gathering to wage a war against threats to dissolve the Ingonyama Trust Board and cede thousands of hectares of tribal land to the state.

The king’s response emanated from recommendations made by the high-level panel headed by former president Kgalema Mothlanthe that the Ingonyama Trust Act be repealed or amended. The Ingonyama Trust administers 2.8-million hectares of land in the province on behalf of King Zwelithini‚ who is its sole trustee.

The panel’s recommendations incurred the ire of the Zulu monarch‚ the architect of the Ingonyama Trust Act‚ Buthelezi‚ and traditional leaders‚ who warned of a clash of nations should the government make good on moves to dissolve the trust.

“What I want you to know about our history is that the issue we are faced with now is very similar to the one our forefathers were faced with. This will be the second clash‚” the king told thousands of his subjects in Ulundi last year.

He continued: “I was born from a brave man and that is why I know I will be victorious against those who are trying to take my land. We are faced with the same issue that we were faced with in the olden days. The difference is that it is now coming from a black man and not a white one. The war our fathers faced before is the same war we are faced with today.”

At the same imbizo in July last year‚ Buthelezi also lashed out at the ANC government for attempting to grab swathes of traditional Zulu land in a move he said was reminiscent of the apartheid era.

“The democratic government of the ANC is walking in the footsteps of the apartheid state‚ which‚ without any consultation‚ excised the Ingwavuma area and gave it to Swaziland‚” he charged.

The veteran politician said in decades past he had challenged the apartheid government’s decision over Ingwavuma in court and was successful‚ therefore allowing for a legal precedent upon which the king could challenge the current government.

However‚ President Cyril Ramaphosa bowed to pressure from King Zwelithini‚ assuring him that the ANC government had no intention of expropriating land under the control of the Ingonyama Trust.

A panel‚ set up to tackle the emotive issue of land reform‚ recently handed over its final report to Ramaphosa.

The report will be put before cabinet and thereafter released publicly.