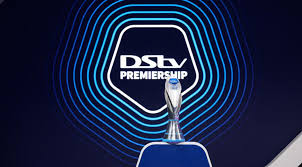 Josef Zinnbauer will be looking for a far more polished performance from Orlando Pirates if they are to stand a chance of a win against unbeaten Lamontville Golden Arrows in the DStv Premiership at Orlando Stadium on Wednesday evening.

Pirates have dropped too many points in recent games. Coach Zinnbauer will ask his charges for a general tightening of many departments‚ though notably a defence that sloppily allowed Black Leopards a 2-0 lead by half time in Sunday’s defeat by that scoreline at Thohoyandou Stadium.

Bucs had enjoyed a perhaps too easy 3-0 win against a tardy Tshakhuma Tsha Madzivhandila at the same venue four day previously‚ and Zinnbauer felt his team appeared to expect another relatively “easy” encounter past Leopards.

Instead they came up against Dylan Kerr’s side in resolute mood to reverse a run of five matches without a win‚ and Lidoda Duvha exposed Pirates’ first-half sluggishness. Bucs were unable to recover after the break from the double blow of Innocent Maela’s 29th-minute own goal and Roderick Kabwe’s 39th-minute second.

“That’s the point now. We have to work now on having the heads up and prepare for the game on Wednesday‚” Zinnbauer said of fifth-placed Bucs’ meeting with Mandla Ncikazi’s fourth-placed‚ unbeaten Arrows.

“It’s a team in the same area as us on the table and we have to win and get the three points.

“You saw the players in the second half [against Leopards] – it’s not that they didn’t work. They wanted to fight.

“But at this stage it’s too late. And it’s then that you get the problems with the results.

“You have to score earlier and then it’s possible [to win]. But then from minute to minute that you don’t score‚ then it’s difficult.

“They worked‚ they ran‚ they fought for it in the second half‚ but it was not enough. We lost the game in the first half.

“ … Yes we had some opportunities in offence in the first half‚ but in the defence we were not aggressive‚ we did not close the field‚ we were not shifting in time and quick enough‚ the transition was too slow.

“My feeling was we felt we had won the game‚ it would be easy. But that’s not so.”

Bucs‚ after an unbeaten run of 10 matches going back into 2019-20‚ have earned four points from a possible 12 in their last four matches – a win‚ two defeats and a draw.

Durban team Arrows have had one of their best starts in a league season in some time with four wins and six draws from 10 matches.