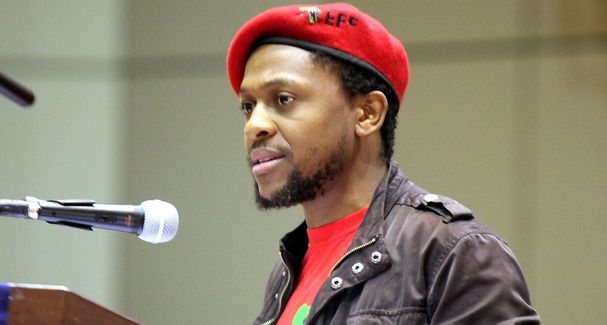 EFF MP Mbuyiseni Ndlozi on Tuesday became the latest to weigh in on the heated online debate about the relevance of higher education and slammed white people for “speaking down to it” while black people defended it.

“Have you noticed how even if we got more educated than whites it doesn’t give us a certificate of humanity and equality in their eyes? You can’t convince racists of equality‚” he tweeted.

He said the debate exposed the “lie” that is whiteness.

Mazzone told Gardee his university degree got him “nothing” after he mocked her for not having a post-matric qualification. Herron had questioned Mazzone’s qualifications after claims that she edited her Wikipedia page.

Mazzone denied editing her page‚ which apparently previously stated she was an advocate. The DA chief whip also denied touting herself as an advocate‚ saying: “ I have always teased myself for being a matriculant. You know that.” What caught the attention of many was her response to Gardee‚ who was “kicked out of parliament” despite having an “impressive CV”.

Mmusi Maimane added his voice to the conversation and encouraged people to pursue education. He attributed his success in politics to education.

“Education matters and it especially matters to those marginalised and excluded from the mainstream economy for decades. I got as far as the top position of party leader and I left. I am now part of a great initiative called One SA Movement and we are doing amazing things‚” he tweeted on Sunday.