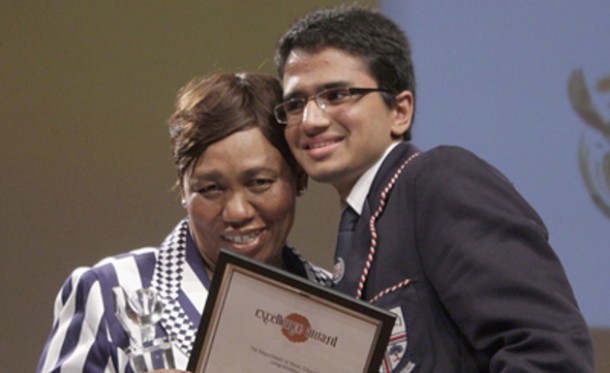 Basic Education Minister Angie Motshekga has praised top matric achievers‚ saying their stories of success prove that young people do not have to be stuck in poverty for life.

She was speaking at a breakfast at Vodacom World in Midrand on Wednesday morning‚ ahead of the matric results announcement in the evening.

The top 20 achievers in the country‚ who were flown to Johannesburg‚ come from a range of schools — extremely poor‚ middle range and wealthy — as well as schools for pupils with special needs.

Motshekga urged the pupils not to get tired of telling their stories of success as these inspired other pupils and adults such as herself.

“People will ask how did you achieve this. It’s those stories of yours that help us leaders and adults to be inspired.

“You should continue to inspire other young people on how to succeed‚” she said.

She told the pupils: “You have shown personal circumstances must not condemn anyone to perpetual poverty and under-achievement. We are taking the time to really pay attention to you.

“Not only do you remain a source of pride for your families. You also help us take the message [of success] to other young people.

“We have kids [here] who come from extreme poverty who pushed themselves to the limit.

“The top learner in 2015 was a very ill child who pushed himself‚” she said of Andrew Tucker‚ who had Guillain–Barré syndrome and missed months of school.

She told the top pupils‚ who include two blind learners: “You represent the best in public schooling. You are official ambassadors of the public education system.

“More than 800 000 pupils completed matric. You are the top crop of the country.

“As a country‚ we are looking for great things from you.”

At the breakfast‚ Deputy Basic Education Minister Enver Surty paid tribute to Oliver Tambo‚ the late former leader of African National Congress who was born 100 years ago‚ saying he was a Maths and Science teacher — teaching the “gateway subjects” to black children.