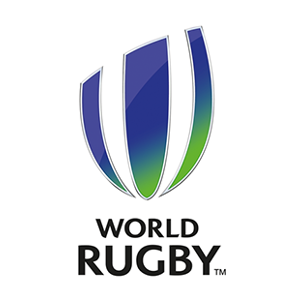 Wait two or so months before sending players back into combat and avoid the deeply unpalatable law changes‚ or yield to commercial imperatives and risk emasculating one of all of sport’s most testosterone driven pursuits.

World Rugby‚ the sport’s governing body‚ are considering a range of options to get the professional game back on track and it may include making the most fundamental changes to the sport since William Webb Ellis took matters into his own hands many moons ago.

Due to the lockdowns imposed around the world the sport is currently conflicted between its commercial survival and making law changes so fundamental‚ it picks at the seams of the game’s soul.

The changes under discussion may compromise one of rugby’s basic tenets‚ the preservation of an even contest in which the team without the ball isn’t unduly prejudiced only because they aren’t the team in possession.

The laws under discussion‚ if passed‚ will see less of a scramble for possession which means the team in possession will have an unfair advantage‚ unless additional new laws are introduced to prevent that.

Whether the scrums‚ lineouts or rucks the sport’s lawmakers have always sought a fair contest for its combatants‚ although the rolling maul for many is still a gross deviation from that virtuous endeavour.

If laws are to be tweaked scrum resets would almost certainly be outlawed‚ line-outs might be uncontested‚ while the rucks will be conducted in a spirit of entente cordiale.

South Africa’s top referee Jaco Peyper who has been work shopping potential changes in virtual meetings‚ said tough decisions have to be made that will ensure the game’s survival while preserving its integrity.

World Rugby obviously have to look at ways to make the game more acceptable during Covid-19. But what do you change‚ and by how much?

World Rugby may be better served to wait two months to come out of its hiatus than make sweeping law changes.

“These things are discussed at forum level before it’s taken higher up where guys like Rassie (Erasmus‚ Springbok coach)‚ Eddie Jones (England coach) and Ian Foster (New Zealand coach) and the like want to protect the integrity of the game‚” said Peyper.

Although it is unlikely‚ but if laws are rewritten it will change the game fundamentally‚ including the combatants it attracts. Some teams may opt not to contract as many tight forwards because there will be fewer collisions.

“The problem is if you remove too many things then it will no longer be rugby‚” said Peyper.

“There are lots of discussions about how we can speedily get back onto the field but it will be a while still.

Peyper said while we live in uncertain times his employers have sought to bring clarity.

“I have to say SA Rugby has been crystal clear in the way they have managed everything during lockdown. They have been so organised and we have been well informed throughout‚” said Peyper.