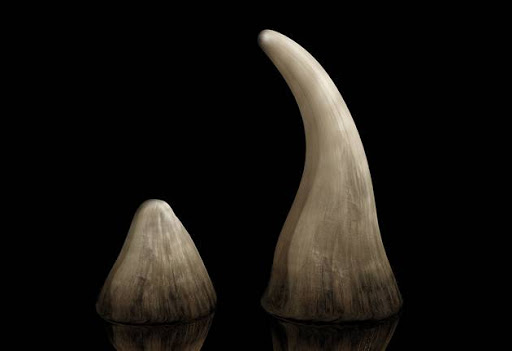 A passenger travelling from Zambia via Johannesburg to Asia has been caught with rhino horns.

The bust was made at O R Tambo International Airport by police and customs officials.

Her suitcase was intercepted at the luggage transfer area of the international terminal within the central terminal building‚ SAPS said in a statement.

“Immediately after the detection of the suitcase‚ the passenger linked to the suitcase was identified and escorted to the search area. The bag was scanned and then physically searched confirming that it indeed contained pieces of rhino horn.

“It has been established from the preliminary investigations that the suitcase contained 11 pieces of rhino horn weighing approximately 20 kilograms.”

The bag arrived from Lusaka‚ Zambia‚ destined for Hong Kong via a SAA flight.

The suspect is a 24-year-old woman who is currently in police custody.

She will be facing charges in terms of the Endangered Species Act.

“The intensified collaborative efforts to curb criminality within and around the O R Tambo International Airport are proving to be very successful‚” said Brigadier Vishnu Naidoo.

“Since the implementation of our revised strategies the team foiled a brazen robbery at the cargo terminal of the airport.

Last week the team‚ as part of our proactive measures‚ identified a vehicle with four armed men suspected to be part of a group that follows people from the airport and subsequently rob them.

Also we have not had any reports of people being followed from the airport and robbed.

“Both the proactive and reactive measures are proving to be effective and we will continue to find new innovative ways to remain a step ahead of the criminals.”