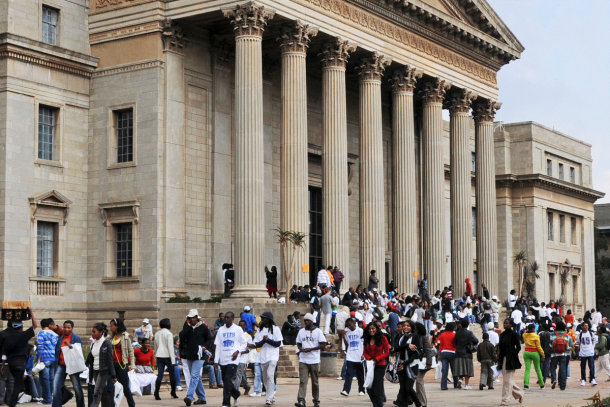 Wits‚ UJ students vow not to burn any more buildings

University of Johannesburg (UJ) and University of the Witwatersrand (Wits)student leaders have vowed not to burn any more buildings on campuses.

Speaking at a student movement dialogue at the University of Johannesburg campus in Soweto‚ student leaders said the reason they embarked on violent student protests was because they wanted to be heard.

Hassan added: “I am not discounting the fact there is anger and we must also acknowledge the fact that the system is incredibly violent…until we structurally change the system and we deal with the crisis in higher education we are going to continue dealing with this.”

In recent months student protests turned violent with incidents of an auditorium being burnt at UJ‚ schools being torched at Vuwani in Limpopo and two weeks ago a law library was almost burnt at Wits University.

The dialogue which was chaired by UJ’s professor Chris Landsberg was also attended by Minister in the presidency Buti Manamela‚ 1976 student leader Seth Mazibuko and Unisa’s professor Geoffrey Setswe.

“We want to be trained so that we can find employment after completing our qualifications. Don’t make us compete for employment in the labour market‚” he said.

Lubhelwana added that black students were fighting for equal rights with their white counterparts.

Manamela said: “I strongly believe that in order to empower young people we have to open access to free education. The objective is to reach a million young people active in the tertiary space.

“I do not think that we should in any way be seen condoning tactical violence that is meant to defeat the very same struggle that we are trying to defeat.”