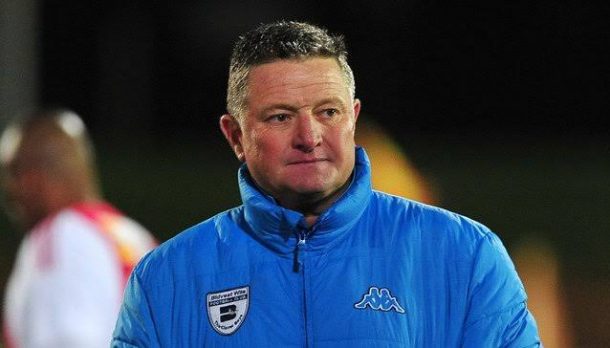 Bidvest Wits coach Gavin Hunt looked and sounded like a man who has given up hope of winning the premiership as his team enters the final 10 league matches of the season.

Wits missed yet another opportunity to make up ground on leaders Kaizer Chiefs with a goalless draw at home to struggling Chippa United at the weekend that left them a staggering 13 points behind.

Pressed on to give a yes or no answer‚ Hunt‚ who has won four premiership titles‚ said: “No‚ no‚ no we just keep going. We don’t worry about that (winning the league)‚ we worry about the next game. It’s one of those things.”

The next game for Wits is against a visiting Black Leopards on Tuesday in a rematch of a game that was abandoned on February 6 due to inclement weather.

“Ja well‚ we will prepare (for Leopards) and keep going again on Tuesday‚” said Hunt.

The 2016/17 premiership champions missed their top scorer Gift Motupa‚ who sat out the visit of Chippa through an ankle injury.

Motupa has scored 12 goals in 25 matches in all competitions for Wits and provided two assists.

Hunt rued the unavailability of the 25-year-old striker as their attack fired blanks against Chippa.

“What do you think? Of course we do (miss Motupa)‚” said Hunt.

“He is the only one who can hopefully score a goal. So (goal scoring) is a problem for us. Big problem.”

Although Wits have played two matches less than leaders Chiefs‚ who are on 48 points after 22 outings‚ their inconsistency to put together a run of successive victories and their poor form at home suggests that the league title may just be out of their reach.

At the halfway stage of the season‚ with a number of matches in hand as they juggled Caf Confederation Cup commitments with domestic obligations‚ Wits looked on par to overtake Chiefs at the top but were let down by their poor home form.

Wits‚ however‚ could have a major say on the premiership title race in the next coming months as they still has to play leaders Chiefs twice home and away.

Wits take the short trip to FNB Stadium in the first match on March before hosting the premiership leaders on April 24 in Durban.