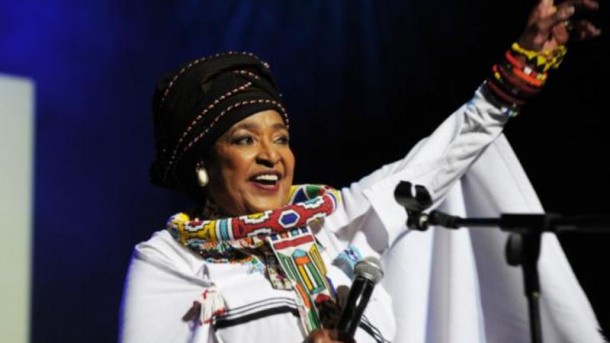 Former Gauteng premier Tokyo Sexwale says the late Winnie Madikizela-Mandela may not have been destined to be president of the country and the ANC‚ but she was a leader in the hearts of the people of South Africa.

Speaking outside Madikizela-Mandela’s home in Soweto on Tuesday‚ Sexwale said Mama Winnie had earned a special place in the hearts of the people for the way she fought against apartheid.

When asked whether it was missed opportunity for the ANC not to have made her president‚ Sexwale answered: “There will always be an argument about what positions of presidents and prime ministers mean. I don’t think Winnie was destined to be occupying a position such as that of being president. But she was president in the hearts of the people. [Princess] Diana was never destined to be a queen of England but she was a queen in the hearts of British people. So it is with Winnie. She was destined not for a position. Here I am‚ I don’t have to serve my people from position of president‚ governor or minister‚ as long as I serve my people. I am happy to remain a leader in their hearts instead of a position.”

He added: “Positions come and they go but human beings and their legacy remain alive forever . . . She made terrible mistakes but not one of them was done in the interest of another country or another struggle somewhere else‚ but her people.”

Sexwale said the best way of remembering Mama Winnie is for the ANC to use the power in its hands to transform the country and improve the lives of the poor.

“The whole question of land is now topical. Winnie left with that hope that we seem to have turned the corner. I agree but as long as we understand that every dawn must be worked for because there are false dawns. We may think that it is the morning while we are in the middle of the night. The president was correct in describing this as a new dawn as long as we understand that it must be worked for by all of us. Winnie was hopeful at the time she left‚” Sexwale said.

He describe Mama Winnie as a pioneer.

“She was a women among women. A leader among leaders. With all her shortcomings‚ her campus was always focused on the struggle for liberation. She never betrayed our people. Everything she did‚ even the mistakes‚ was in the hope of trying to do good for this country.”

Earlier‚ ANC Women’s League president Bathabile Dlamini admitted that women were not brave enough to support Mama Winnie when she was nominated for one of the top positions in the organisation at an elective conference held in the North West.

“Winnie Mandela [was] a stone that was rejected by the builders. Winnie Mandela [was] the president we did not have . . . who was denied to be president on the basis that she is a female and African. They feared her. Even today‚ they still fear her in death‚ that is why they continue to call her names . . . but the masses know the truth‚” Malema said.

Born Nomzamo Winifred‚ Madikizela-Mandela‚ a stalwart in the fight against apartheid‚ died on Monday at the age of 81 at the Netcare Milpark Hospital in Johannesburg‚ surrounded by her family.

President Cyril Ramaphosa has declared that government will host a special official funeral‚ including elements of military ceremonial honours‚ for her.

An official memorial service for Madikizela-Mandela will be held at the Regina Mundi Catholic Church‚ in Soweto‚ on Wednesday April 11.

The official funeral proceedings will be held at Orlando Stadium‚ Soweto‚ on Saturday‚ April 14.

In line with his declaration‚ the president has declared national days of mourning and for the national flag to fly at half-mast at all flag stations countrywide and at South African diplomatic missions abroad until the day of her funeral.

“Mam’ Winnie deserves the highest respect our nation can demonstrate in honour of a patriot and citizen who served our nation and humanity at large with distinction during our liberation struggle and throughout our democratic dispensation‚” Ramaphosa said.