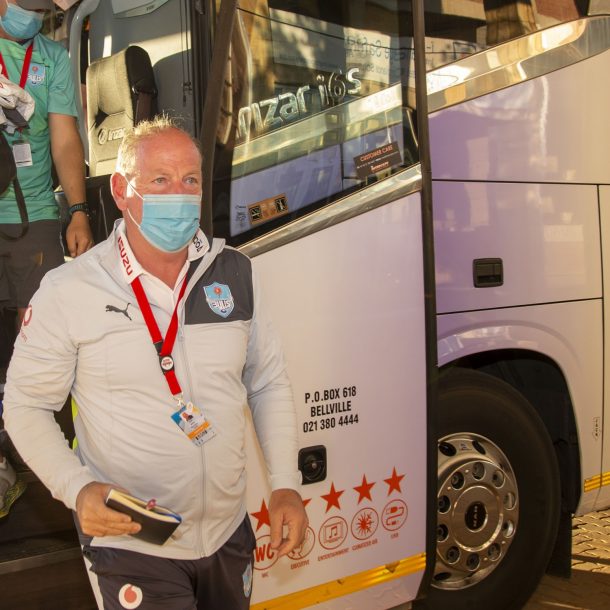 Having a bye following their defeat to the Lions is not a time for sulking or deep introspection.

In fact‚ argues Bulls’ director of rugby Jake White‚ the week off should give them time to replenish their squad before the final assault in the battle for supremacy in Rainbow Cup SA.

“It doesn’t break our momentum because the break is for everybody‚” explained the coach of the team who had been setting the standard in the domestic game.

“In fact‚ I think it will help us because we will have players like Ivan van Zyl‚ Marcell Coetzee‚ Travis Ismaiel and Gio Aplon back. We’ll get some depth.”

The return of the Springbok quartet will be a timely boost before the Bulls look to affirm the place atop the South African section of the competition.

Although the 34-33 defeat against the Lions came as a surprise‚ it is no cause for deep introspection.

“I don’t think it’s about reassessing. It gives me the opportunity to look at players and how they perform under pressure. It is an opportunity for the team to grow as well. The only way players and coaches learn is if we discuss and re-evaluate those things.”

White said that he was positive and pointed to the Bulls’ defeat early in their Curie Cup campaign against Free State.

“We ended up winning the competition. Sometimes it is inevitable that you lose but you have to be good enough as players and staff to get it right.”

The defeat to the Lions however did open up the competition in that the Stormers and the Sharks are now also in the running for section honours.

The Bulls’ remaining matches are against the Stormers at Loftus next Friday before wrapping their league commitments away to the Sharks on 12 June.

White isn’t looking over his shoulder.

“We are still four points ahead. Teams still have to come play the Lions and we’ve seen how good they can be‚” said White in reference to the Sharks who have to travel to Ellis Park next weekend.

“There is still a lot that can happen. We are top of the log. We have 15 points‚ we have the week off‚ we can regroup. We play the Stormers at home then. We still have our destiny in our hands.”

He sees the defeat against the Lions as an aberration‚ not something worth dwelling on. The Bulls‚ after all‚ have had a lot going for them.

“I’m not taking anything away from the Lions because they played well but I think we lost that game‚ rather than not finishing it off.