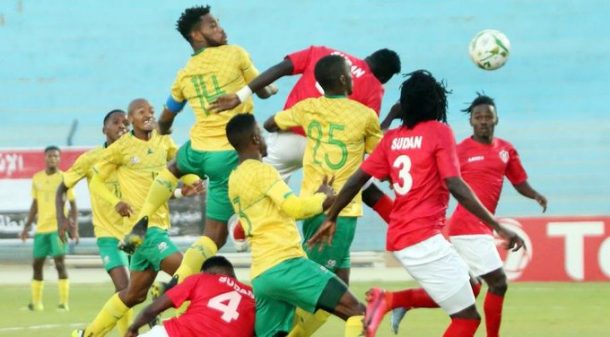 What now for Safa’s Vision 2022 after Bafana’s failure to qualify for Afcon? Dr Petersen gives his views

The South African Football Association’s (Safa) much lauded Vision 2020 plan has come under scrutiny after Bafana Bafana’s failure to qualify for the Africa Cup of Nations a few days ago and ex-CEO Dr Robin Petersen says the national team’s misfiring performances have created a conundrum for the programme.

Vision 2022 was conceptualised in 2012 and it was intended to develop the men’s and women’s national teams‚ with its goals centred on ensuring that Bafana qualify for the Cup of Nations tournaments and progress beyond the group stages at the 2022 World Cup.

Bafana’s failure to qualify for next year’s Cup of Nations in Cameroon has seen many observers question the effectiveness of the plan‚ especially with the World Cup campaign due to get underway in the coming months. Embattled coach Molefi Ntseki’s charges are in a tricky World Cup qualifying group that includes Ghana‚ Ethiopia and regional rivals Zimbabwe.

Petersen ran the Safa Development Agency that was entrusted with generating funds for football development between 2013 and 2018 and he said the events of the last few days are disappointing after Bafana were beaten 2-0 by Sudan‚ condemning them to the scrapheap.

“What has happened with Bafana is a huge disappointment and a setback for everyone because it means the team will not have a tournament under its belt prior to the World Cup‚ if we qualify for Qatar‚” said Petersen.

“Qualifying for the World Cup in Qatar was the main goal of Vision 2022‚ and it was not only to qualify but to advance past the group stages. As it stands now it is a massive setback not to have the opportunity of playing in the forthcoming World Cup‚ there is no question about that.”

Petersen said Safa’s problems were compounded by Covid-19 as the outbreak of the pandemic forced the postponement of the 2020 Olympic Games to this year‚ leading to months of inactivity for the national Under-23 side after they qualified with Egypt and Ivory Coast from the continent.

“I am not employed by Safa and this is my personal opinion‚ so I don’t know what the current focus is regarding the future. What I know is that our youth teams are doing well by qualifying for tournaments‚ which is a big part of the vision.

“The chronology was to have a strong Under-23 squad going to the Olympics in 2020 and the core of that squad was to be selected for Bafana at the Cup of Nation in 2021.

“From there some of them [were to graduate] to the World Cup squad in 2022‚ but Covid-19 has derailed all of that in terms of timing.

“The Under-23 team [has not been] able to play consistently and we haven’t had the Olympics‚ which could have been a good platform for development.

“All those things need to be taken into consideration but plans need to be adapted‚ given the changing circumstances and environments. Maybe Safa are considering [a change] to the programme and the vision‚ but I don’t know because I have not been there in a long time.

“There are a lot of things that were done and a lot that was not done. Some of what was not done was due to financial constrains‚ which is an ongoing problem because Safa does not have the resources.”