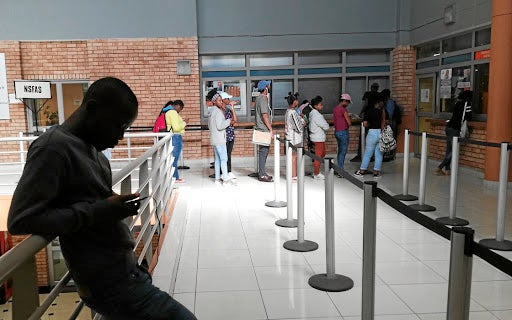 National Student Financial Aid Scheme (NSFAS) administrator Dr Randall Carolissen says the scheme may not be able to recover up to R2bn worth of “wrong payments to wrong students”.

The revelation was made before the select committee on education and technology‚ sports‚ arts and culture in parliament on Wednesday. He said irregular and wasteful expenditure continued to emerge as the scheme’s accounts were reconciled.

“The chronic state of maladministration within the financial aid scheme resulted in irregular expenditure that amounted to R7.5bn in 2017 and 2018‚” committee chair Mamagase Elleck Nchabeleng said in a statement on Thursday.

“NSFAS administrator Dr Randall Carolissen‚ who made the presentation to the committee‚ attributed this to irregular records in the system‚ which he said means wrong payments were made to wrong students and at a wrong time. He said it is estimated that up to R2bn could be irrecoverable.”

Carolissen‚ however‚ said several officials who were found to be involved in fraud and corruption related to fraudulent student accounts and the funding of ineligible courses had been arrested and dismissed.

“He said several cases of fraud and corruption had also been handed over to the Special Investigations Unit for further investigations‚” said Nchabeleng. The scheme briefed the committee on student funding status at universities and Technical Vocational Education & Training (TVET) colleges for the 2020 academic year.

Carolissen attributed the delay of NSFAS payouts at universities and TVET colleges to the institutions. Nchabeleng said that information needed to be made public‚ as the blame for late payouts always fell on NSFAS and not the institutions.

Carolissen told the committee that failure of critical governance processes in 2018 had placed immense strain on the scheme‚ “where a climate of non-compliance to statutory reporting appeared to be the norm”. He said the scheme was also affected by decentralised and disaggregated decision-making processes.

The scheme said ICT systems failed on a spurious basis in 2018 and the overall system hardware was and remained unfit for its purpose.

“According to Dr Carolissen‚ NSFAS’s priority to date has been to ensure that critical IT systems are available for operations for at least 98% of the time. Furthermore‚ Dr Carolissen said‚ the current system availability for the myNSFAS portal is 96.3% and real-time exchange of data with most institutions is improving from spreadsheet and manual exchanges‚” said Nchabeleng.

Carolissen said the capacity of the IT system had been improved to enable stable‚ high-volume processing to regularise payments to students and institutions.

Nchabeleng said the committee had observed that NSFAS had means to deal with issues‚ including minimising irregular expenditure.

“While these mechanisms to improve the structural and operational functioning of the scheme are not unnoted‚ the committee believes that NSFAS should not be experiencing these types of challenges at all‚” added Nchabeleng.

The committee assured Carolissen of its support to turn around the embattled scheme and provide a solid platform for the next administrator.