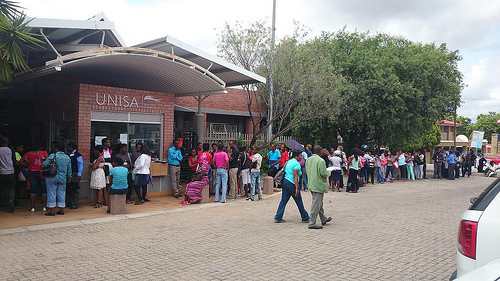 South African teachers with qualifications from distance-learning institutions such as Unisa and web universities are no longer allowed to work in Qatar.

The Qatar Department of Education changed the rules in June. It did not provide reasons for the decision.

About 500 South African teachers work in the Middle East, but it is not known how many of them work in Qatar.

Candice Dutton, a South African who taught at al-Khor International School in Doha from 2008 until her return to Durban last year, was denied a family visa as a result of her Unisa qualification.

Her father, Robin Reed, said yesterday his daughter had secured a position at a school in Doha but her family visa could not be approved as the Qatar Department of Education had declined to accept her advanced education certificate from Unisa.

Doc Assist, which helps South Africans with documents for visa and immigration purposes, said it was a “very stressful time” for clients affected by the ruling.

“I have been in contact with the Embassy of Qatar weekly.

“The status remains unchanged and we have had clients that have lost their job offers in Qatar as a result.

“They have had to apply in other countries such as Oman and the UAE to find other employment.

“We even have a husband and wife team that both lost job offers from Qatar because of this ruling.

“The husband’s qualifications from a full-time university in South Africa have been attested to but the wife has now lost her job in Qatar as her qualification is from Unisa,” Doc Assist owner Machelle Munro said.

“Our understanding from the embassy at this point is that the Qatar Department of Education is in consultation with Unisa to see if they will once again accept the qualifications,” she said.

Unisa spokesman Martin Ramotshela confirmed that the university had been recently made aware of the matter.

“We are currently working on establishing the facts around this matter and we will be able to provide a comprehensive response once we have completed our investigation, including what interventions we will make, if necessary,” he said.