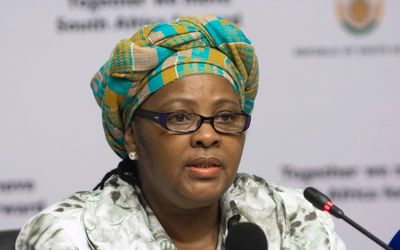 South Africa’s Defence Force is consistently 50% underfunded which is affecting its ability to conduct operations‚ according to Minister of Defence and Military Veterans Nosiviwe Mapisa-Nqakula.

Speaking during her budget vote in Parliament on Wednesday‚ she said the budget for the 2016/17 financial year was R47 billion which was approximately 1.05% of the country’s Gross Domestic Product (GDP).

The department’s Medium Term Expenditure Framework (MTEF) allocations indicated that for 2017/18‚ the defence budget would decline to 1.03% of GDP and for 2018/19 decline further to 0.98% of GDP.

A comparative analysis of SA’s SADC partners — Zimbabwe 3% of GDP; Botswana 2.7%; Angola 5.7%; Namibia 3.1%; Swaziland 3.1%; and Lesotho 3% — underscored just how underfunded the SADF was‚ Mapisa-Nqakula pointed out.

She added that the R5.5 billion reduction in the defence budget over the MTEF period would have serious implications for the functioning of the SANDF. These included insufficient members to sustain operations‚ an increase in skill gaps in the SANDF and an accelerated loss of expertise.

“Over the last seven years‚ the reduction in the operating and capital portions of the defence allocation has adversely affected training and operations. This has far-reaching implications for the DOD and the country‚ given the ever increasing demands being placed on the SANDF‚” Mapisa-Nqakula said.

“There is no doubt that it is in our national interest to have a Defence Force capable of supporting our national security imperatives‚ foreign policy objectives and the country’s economic interests. It must have the capacity to defend and safeguard the sovereignty of the Republic‚ keep and enforce peace outside its borders‚ and have an offensive capability to deter potential aggressors.

“In order to do this‚ the Defence Force should be sufficiently resourced and skilled to execute operations across the full spectrum of conflict. An inadequately resourced Defence Force will have a negative impact on operational outputs‚ including the loss of life. As a country we have come to the point where we must make a critical decision on the future of the Defence Force. The longer we delay arresting the decline‚ the harder and more expensive it will become to reverse this trend‚” Mapisa-Nqakula cautioned.