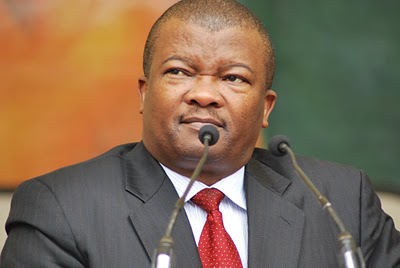 United Democratic Movement leader Bantu Holomisa wants the public protector to probe whether the recommendations of a report into the Public Investment Corporation Limited’s (PIC) R75-million investment in SacOil have been acted on.

Holomisa wrote to the advocate Thuli Madonsela and attached a copy of last year’s draft report by the Gobodo Forensic and Investigative Accounting into the deal.

He said that as the “PIC is entrusted with managing public monies on behalf of government employees‚ judges‚ members of Parliament and others who are paid from the public purse”‚ he wants Madonsela “to investigate whether …any disciplinary proceedings were instituted against a certain Mr Madavo‚ an executive head of the listed investment at PIC” as recommended by report.

The draft report‚ dated August 2015‚ recommended that the PIC considers action against Fidelis Madavo “for his failure to execute his duties properly and with the necessary due diligence”.

Holomisa also asked whether “public monies were recovered from responsible persons” and “whether there was any fraudulent act in the said transaction as suggested by the report”.

“As this report discloses possible criminal fraud‚ as well as the possible trading in SacOil shares on the basis of price-sensitive information‚ we recommend that the PIC considers obtaining a legal opinion on the appropriate steps to be taken‚” the report says.