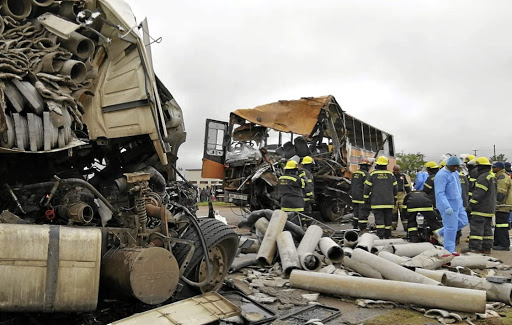 More than 1‚600 motorists have been arrested for various traffic offences nationally since the start of the festive season.

According to the Road Traffic Management Corporation (RTMC)‚ the majority of motorists were caught for driving under the influence of alcohol‚ speeding and outstanding warrants.

RTMC spokesperson Simon Zwane said traffic officers discontinued more than 1‚200 vehicles that were found to be unroadworthy and impounded more than 600 public transport vehicles for operating without proper operating permits.

“There were more than 330 roadblocks that were held throughout the country‚ resulting in more than 426‚842 vehicles being stopped and checked‚ and 142‚152 traffic fines being issued. Driving under the influence of alcohol and speeding continue to be a major cause for concern‚” Zwane said.

A motorist was detained in Nkowankowa in Limpopo after being found with an alcohol content that was seven times above the legal limit‚ he said.

Meanwhile‚ three people were killed and scores injured on monday when the bus they were travelling in overturned on the N11 between Middelburg and Groblersdal in Mpumalanga.