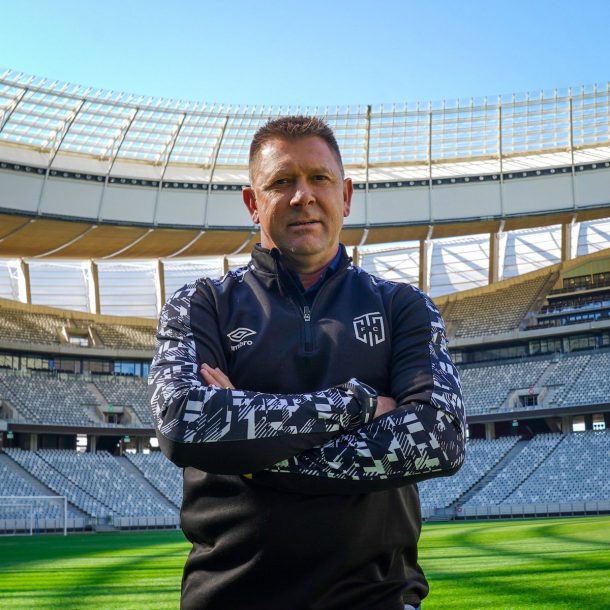 Newly appointed Cape Town City coach Eric Tinkler has vowed that he will not allow the club to be used as a “stepping stone” by players who have their sights set on lucrative moves to the more illustrious sides in the premiership.

The well-travelled mentor – he has also coached Orlando Pirates‚ Maritzburg united and Supersport United among others – joined the Mother City side on Monday and he said he is only interested in players who share similar ambitions with him.

“I am extremely excited to be back at Cape Town City.

“I had a very successful season back in 2016 with Cape Town City [during his previous spell with the club] and a lot of fond memories‚” he said.

“So to be able to come back here and hopefully replicate what we achieved back in 2016‚ and obviously improve on that‚ will be the main target.

“I think what I have seen with this club is that it was successful under me‚ and then had a good season under Benni (McCarthy) by winning the MTN8‚ but since [then] hasn’t achieved much and obviously we would like to see that change‚” he said.

The 50-year-old Tinkler said the Cape Town side have got what it takes to challenge for top honours and he has set his sights on instilling this belief into his new charges.

“We need to change the mentality‚ in particular [of] the players that are coming to Cape Town City. They need to understand that Cape Town City are no longer‚ or never was in my opinion a team that is a stepping [stone] to something bigger or better.

“I think they need to see this as a club that’s also ambitious‚ that wants to win things and the players who play for Cape Town City need to show that.

“I think that becomes very important.

“I came here because I want to win things‚ and to achieve things. I think Cape Town City have all the elements that are required in order to achieve that‚” he said.

The seventh-placed City confirmed that Tinkler would be assisted by former Bafana Bafana captain Aaron Mokoena and Diogo Peral‚ with their desired goal centered on securing a top 8 finish at the end of the current premiership season.​