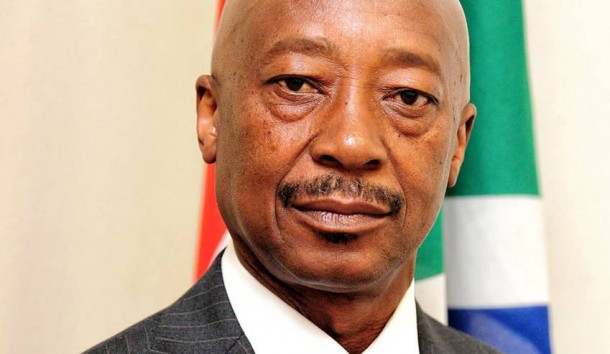 SARS commissioner Tom Moyane allegedly instructed a witness to “feign illness” and not report for an interview scheduled with KPMG in 2015.

The auditing firm was investigating the so-called “rogue unit” of the South African Revenue Service (SARS) at the time.

This is one of the allegations former SARS commissioner Ivan Pillay made in a letter sent to the National Director of Public Prosecutions (NDPP) Advocate Shaun Abrahams on Monday. Pillay made the allegations in his section of the letter‚ which was written by attorney Bernard Hotz from Werksmans Attorneys on behalf of Pillay and former tax officials Johann van Loggerenberg and Andries Janse van Rensburg.

“The effect thereof was that material facts known to Mr [Hendrick] Lombard were omitted in the KPMG report including‚ inter alia‚ ‘Sunday Evenings’.”

This comes as the Hawks seek to revive their case against the so-called SARS “rogue unit”.

KPMG withdrew all their findings‚ recommendations and conclusions of their reporting to “rogue unit” in September last year. The report was used in the downfall of former finance minister Pravin Gordhan.

Pillay‚ Van Loggerenberg and Janse Van Rensburg were served summons on Friday and have denied any wrongdoing. They are set to appear in the Pretoria Regional Court on April 9 for allegedly contravening the Prevention and Combating of Corrupt Activities Act. The charges could be related to an alleged payment of R100‚000 cash to Lombard.

Pillay also alleged in the letter there was a conspiracy between former and current SARS employees to “destabilise‚ disorganise and ultimately create havoc and damage to the reputation and stability” of Pillay‚ Van Loggerenberg and SARS.

This was allegedly done in the form of Project Broken Arrow and Operation Snowman.

Pillay said there are “at least” three reports in his possession and two line reports on Operation Snowman. He said they contain the disciplinary records of Michael Peega in their annexures. Peega was arrested on December 25‚ 2008‚ for rhino poaching and possessing illegal firearms and ammunition.

Pillay said the reports indicate Peega “sought to merge with other individuals” to “expose” and “take care of” Pillay‚ Van Loggerenberg and others.

Pillay said the reports also contain correspondence with the former National Police Commissioner between 2010 and 2014.

The trio set out in the letter they wanted to cooperate with the Hawks‚ but was repeatedly denied from making representations to defend themselves. They also wanted to know why the NPA did not obtain warning statements before deciding to prosecute them in this latest development.

They urged the NPA do drop investigations against them because of the “profound” consequences it could have for the victims‚ witnesses‚ accused and their families.

“A wrong decision may also undermine the community’s confidence in the prosecution system and the criminal justice system as a whole.” – Additional reporting by Sabelo Skiti.