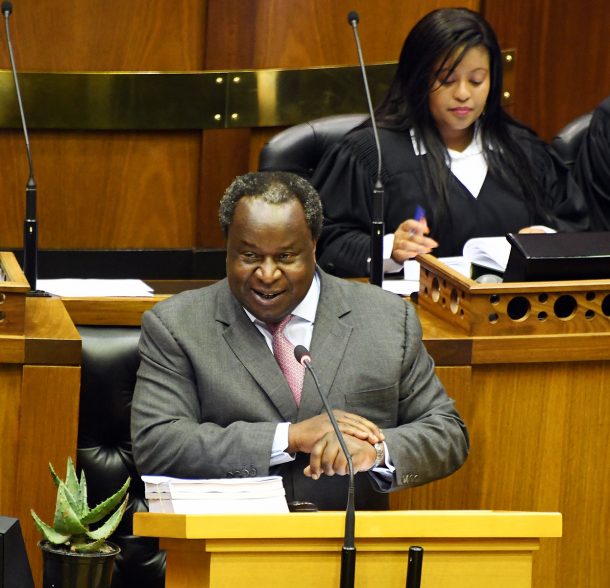 Finance minister Tito Mboweni wants the taxman to clamp down on controversial preachers suspected of tax evasion and other related crimes.

At a pre-budget speech press briefing on Wednesday‚ Mboweni said the government could no longer afford to sit back and watch controversial “men of the cloth” flaunt their wealth while they found creative ways of evading tax.

“Have you seen them? They feed people snake and grass and they walk on people‚ they do all kinds of crazy things in the name of God‚ hayi khona.

“And then you see them displaying wealth; the big cars‚ the doors that open both sides and all kinds of things – and they are not paying tax‚ these fellows. Some of them have private jets‚ and so on all in the name of God‚” said Mboweni‚ speaking to journalists before delivering his budget speech in parliament on Wednesday afternoon.

Mboweni said he had mandated tax experts within the National Treasury and the tax service Sars to tighten up the country’s laws governing the tax affairs of religious public-benefit organisations or churches.

“They said they are already paying tax‚ I said‚ ‘where?’”

Mboweni said churches were mushrooming everywhere; the congregants were paying contributions but the church leaders did not pay taxes. He warned that this kind of lawlessness would bring the country down.

“I know I am going to get into trouble about this. The president will probably call me into his office and say‚ ‘what did you say about that thing’‚ and then I will tweet about it later‚” he joked.

Sars commissioner Edward Kieswetter said that in terms of the current tax regime‚ churches were classified as public benefit organisations and were exempt from paying income tax.

But Kieswetter said most church organisations were not registering their employees for pay-as-you-earn (PAYE)‚ among other tax obligations they were not meeting‚ including the non-payment of VAT.

“Where the abuse takes place is that when they employ anyone‚ those employees are subject to pay as you earn (PAYE) on their income. They are not exempt from that‚” he said.

“If they are not exempted by Sars‚ the organisations have to also pay VAT on goods and services that they get.

“To the extent that it is donated‚ it must have a donation’s tax certificate from the person who gives it‚ so you can’t get out of the tax loop‚” he said.

Kieswetter said many of these organisations conflated the public benefits activity for which they are issued a certificate with other taxable activities.

“We have this year begun to raise quite a number of assessments through our audit work on such organisations and we will step up that work‚” said Kieswetter.

The report also found that in many places of worship‚ money collected from members was sometimes deposited in the personal accounts of spiritual leaders. In some cases‚ such accounts were held in foreign countries. The implicated religious leaders‚ the report found‚ did not apply to the Reserve Bank for permission before repatriating money out of the country.