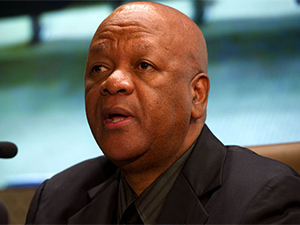 Three ministers to engage with banks over Oakbay accounts

Three cabinet ministers have been deployed to “interact” with South Africa’s big four banks over why they closed the bank accounts of Gupta linked company‚ Oakbay Investments.

During a post-cabinet briefing‚ Minister in the Presidency Jeff Radebe said the ministers of finance‚ mineral resources and labour would open a “constructive engagement” with the banks over the closing of the accounts of “a company”.

South Africa’s four major banks have refused to do business with the company amid widespread allegations of state capture. The Guptas have resigned their positions on the board and staffers at the company this week pleaded with the banks to reopen the accounts‚ as they risked losing their jobs.

Radebe said “whilst cabinet appreciates the terms and conditions of the banks‚ the acts may deter future potential investors who may want to do business in South Africa”.

He also said the ministers were not conducting a special investigation‚ but rather an “engagement”. He did however at one point refer to the three ministers as a “task team”.

Whether it happened in the future for any other companies would depend on “what the query is”‚ he said.