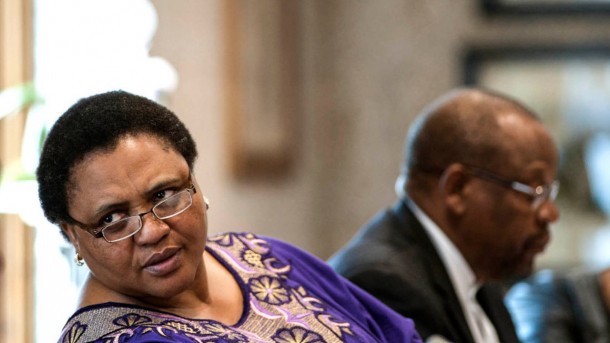 This was the first time Didiza was publicly speaking since her candidature was announced and violent protests broke out in Tshwane.

Disgruntled ANC members and supporters took to the streets insisting that current mayor Kgosientso Ramokgopa return to his position. There were also reports that communities were unhappy that Didiza was not originally from Tshwane‚ despite the ANC saying she had lived in the metro for years and had been active in branches.

Didiza on Thursday thanked the people of Tshwane who had “embraced” her when she first arrived in the city.

“I’ve never and I still do not feel foreign in Tshwane. Even with the latest incidents‚ which I don’t think reflect the feelings of the community of Tshwane‚” she said.

“I therefore don’t in any way feel alienated. I feel part of that community.”

Didiza said she hoped by working with the ANC and the community they would be able to take Tshwane forward.

The ANC MP said she had worked in various capacities but this was a new challenge.