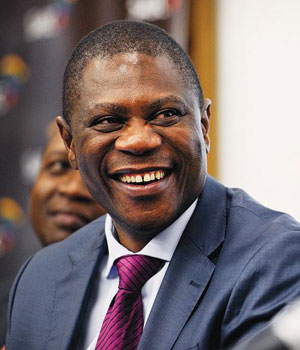 There must be accountability on Gordhan blunder’: Mashatile

There must be accountability. It’s not always resigning. Someone must step up and say‚ ‘I made a mistake.’ Now it’s a free for all‚”.

He questioned the “motive” behind the prosecution of Gordhan and former South African Revenue Service (SARS) officials Oupa Magashula and Ivan Pillay‚ saying that the NPA can’t “go to court‚ and charge citizens without a solid reason”.

Gordhan was set to face two charges of fraud this week linked to his rubber-stamping of the early retirement for Pillay‚ a former deputy SARS deputy commissioner‚ and then reappointing him on contract‚ during the minister’s first stint as the head of Treasury.

On Monday‚ NPA head Shaun Abrahams announced that the prosecuting authority would withdraw summonses against Gordhan‚ Magashula and Pillay.

Mashatile blamed the “blunder” on a “lack of leadership in the country”.

He said the “frivolous” decision to charge the trio had negative effects on the economy.

Commenting on whether there was a split in the ANC over its leadership‚ Mashatile — who had after the Nkandla matter in the Constitutional Court called for President Jacob Zuma to resign — said: “There are differences on how we see things.

“We believe that we must confront issues and be frank at all times. We must stay on the path of truth.

“The ANC must come up with strong leadership that will take the country forward‚” added Mashatile.

Asked if he had ever met the controversial Gupta family‚ Mashatile said he had when he was minister of arts and culture‚ and he had participated on the SABC television breakfast programmes hosted in partnership with The New Age.

“They seem to be nice guys when you meet them‚” he said.

Quizzed on whether the Guptas never influenced him in any way‚ Mashatile replied bluntly: “Certainly not.”