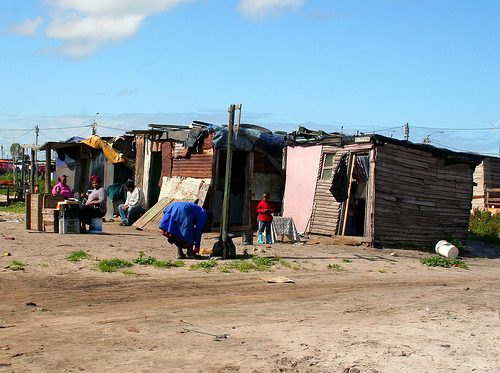 The worst areas to live in South Africa are…

If you want basic comforts such as running water and an inside flush toilet — and a job to put food in your fridge — there are some parts of South Africa you need to steer clear of.

A deprivation and comfort index of eight metropolitan municipalities and 44 district councils shows that the Alfred Nzo district municipality‚ incorporating Mount Ayliff and home to 800‚000 people‚ is the worst off‚ according to a survey by the South African Institute of Race Relations.

READ MORE: This is how much you have to earn to live in SA’s richest suburbs

The institute compiled these indexes to track and compare the relative standards of living within local authorities in South Africa. The index comes a few weeks before the local government elections are held on August 3.

The comfort index was drawn up on five pointers: attainment of higher education; ownership of a refrigerator; use of electricity for heating; having a flush/chemical toilet and individual monthly income of R25‚601 or more.

The deprivation index was compiled using these indicators: people with no schooling; the unemployment rate; no access to piped water; no access to a toilet and a monthly income of R1‚600 or less.

The institute found that the proportion of households with access to piped water inside the home or yard is highest in the Central Karoo in the Western Cape at 97.1%‚ and lowest in the Alfred Nzo district at 16%.

The survey found that Cape Town was better-off with regards to sanitation as 91.4% of its households have access to a chemical or flush toilet.

On the other end‚ only 8.6% of the households in the Greater Sekhukhune area of Limpopo had access to a chemical or flush toilet.

The institute said while service delivery was a suitable indicator of performance‚ employment was an equally fitting pointer.

It found that the the Alfred Nzo district had the lowest employment rate at 53.1% and Johannesburg had the highest‚ at 72.7%

Alfred Nzo region also scores worst on income‚ with 90.2% of the people living there receiving between R1 and R1‚600 per month.

Johannesburg performed best‚ with 9.5% of the population having a monthly income of R25‚600 or more.

The institute said government had made significant progress in providing services at municipal level‚ but much still needed to be done to close the gap between South Africa’s most deprived and the more comfortable municipalities.