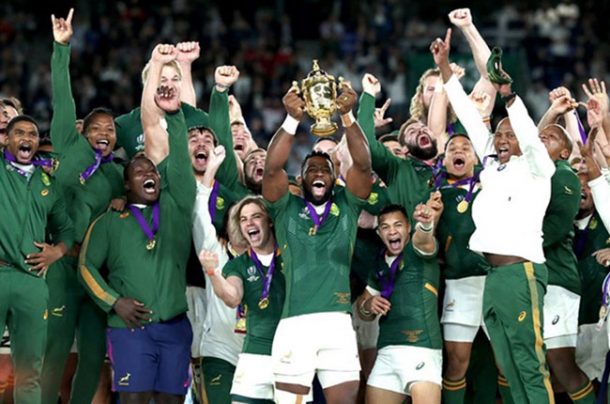 With Test rugby still frozen due to restrictions imposed on it by the Covid-19 pandemic‚ the window of opportunity for the Springboks to play this year is fast receding.

They certainly won’t be able to meet all their international engagements scheduled for this year with potentially more than half of their 13-match roster now highly unlikely to be played.

Their Tests against Scotland and Georgia were supposed to be played this month‚ while their four-match end of year tour is very much in jeopardy with European teams very much in the market for more bankable alternatives in the November window.

The jewel in the crown remains the Rugby Championship and even there some creative thinking will have to be applied if that much needed revenue stream is to be accessed fruitfully by the countries that make up the Sanzaar alliance.

Should the tournament be scrapped‚ it would have grave financial implications for SA Rugby but curiously‚ for the moment at least‚ it may be in the interest of the Springboks to stay out of harm’s way.

The reigning Rugby World Cup champions would be ill-prepared for combat against the All Blacks should the foes meet in the next two to three months.

South African rugby has had to yield to lockdown restrictions and its top players will be some way off the pace if they were to run into the Kiwis any time soon.

New Zealand’s top players‚ by contrast‚ have been at it for the last month in their Super Rugby Aotearoa and their teams have by and large hit the deck running in the highly competitive competition.

Their five Super Rugby franchises have displayed great skill‚ while operating at lung busting intensity. The tournament has captured the imagination of not just the New Zealand viewing public who have attended the matches in droves‚ but it has also been the envy of the rugby-watching community beyond the country’s borders.

The sight of their teams trying to run each other off their feet hasn’t just resonated with the game’s rank and file‚ but has stirred the emotions of everyone desperate to see the shackles of the Covid-19 pandemic loosened.

Apart from being able to forge greater fitness and cohesion‚ the Kiwis have also had the jump on the rest of the field by operating under the slightly revised law interpretations‚ especially at the ruck‚ that requires some getting used to.

The competition will run its course before the All Blacks will be in action and if that happens to be in the Rugby Championship‚ then the other entrants had better watch out.

Australia have‚ of course‚ launched their own Super Rugby AU but they are several weeks behind the Kiwis in their match day activity.

At least though‚ they are up and running which is something South Africa and Argentina‚ the other two teams in the Rugby Championship will not be able to say for the foreseeable future.

Even if by some miracle the Springboks next week get the green to resume heavy training‚ they are unlikely to see match day combat for at least two and half months.

Moreover‚ it is by no means guaranteed that Bok coach Jacques Nienaber will have access to the players who earn a living abroad‚ outside the existing Test windows.

As much as their adoring fans want to see the World Cup holders in action‚ it is perhaps in the Boks’ best interest that they engage their greatest foes at a more suitable time.