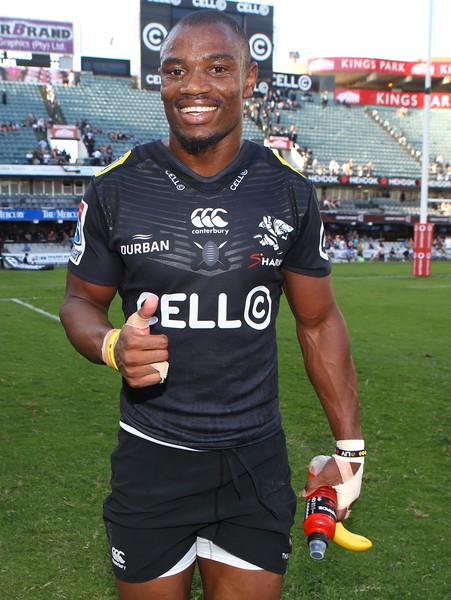 The Sharks have every reason to worry about the threat posed by resurgent Reds playmaker James O’Connor but the reality is the Australia side will also spend sleepless worrying about Makazole Mapimpi.

The magical winger has four tries from three tour games‚ with his braces coming in the wins against the Highlanders and the Rebels.

He’ll be required to ask the very same questions of the Reds in Brisbane on Saturday as the Sharks conclude their four-match Australasian tour.

Sharks outside centre Jeremy Ward has had the pleasure of watching Mapimpi graft and excite on the same wavelength and knows that they have a gem in the Rugby World Cup winner who’s seemingly happy to go the extra mile for the team.

“He’s on fire at the moment and you can’t deny it.

“You give him the ball and you wait for something to happen.

“It’s really good to have a player like him in the team. He brings so much more to just finishing. His work-rate off the ball is immense and he’s been such a good influence in the team‚” Ward said.

The Reds crushed the Sunwolves at the weekend but they’ll know the Sharks are a different kettle of rugby fish.

Their scrum and forward dominance went unchallenged against the Sunwolves.

In one Super Rugby outing against the Lions‚ they had the better of the forward exchanges even though they weren’t on the right side of the result.

Ward has seen enough of the Reds to prevent him from writing off the inconsistent Australian unit. O’Connor remains the threat they need to keep him under wraps.

“They’ve got lots of threats this year. Their scrum is dangerous and it’s a platform they enjoy launching from‚ and James O’Connor has embraced the number 10 role.

“He’s a clever player who likes to use his skill very well‚” Ward said.

“Putting our attention on one player won’t work. It’s not a good idea and we are aware of him. We’ll be ready for the challenge O’Connor will present.”

With the Jaguares being the first team the Sharks face on March 7 when they return from Australia‚ the need to beat the Reds to make a wholesome success of their tour becomes paramount.

Ward cautioned against looking too far ahead as final tour games tend to be very tricky for South African teams.

“We’re taking every game as it comes. The focus at the moment is on the Reds. Two wins from three on tour is really good‚ but we’re looking to get a result this weekend‚” Ward said.

“We’ve got a good plan and the coaches have put in the proper procedures in place so that we can be ready for this weekend.

“While there are more challenges to come and some waiting for us when we get back home‚ all our energies are on the Reds. They’re going to challenge us because they’re a really good team.”