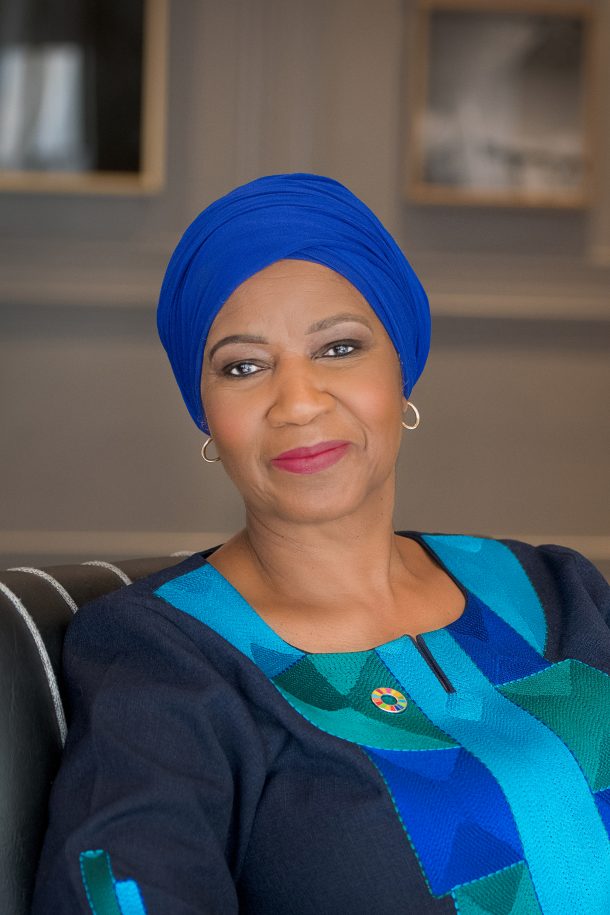 The peerless Phumzile Mlambo-Ngcuka remains a vanguard of social justice

WHO IS SHE
The incomparable Phumzile Mlambo-Ngcuka is a celebrated human rights activist‚ lecturer and Executive Director of UN Women. Her legacy is inextricably linked to South African politics. She served as deputy president of SA from 2005-2008‚ the first and only woman to hold the position‚ under president Thabo Mbeki.

CLAIM TO FAME
Mlambo-Ngcuka has an extensive and detailed track record of being a vanguard for gender equality and racial transformation within civil society and played an integral role in the liberation struggle and consolidation of democracy in SA.

She was an MP from 1994-1996 as part of SA’s first democratic government and served as minister of minerals and energy from 1999 to 2005‚ where her policy work revolutionised the mining industry through her involvement in the Mining Charter that opened the door for the participation and inclusion of black businesses in the mining sector. She also served as deputy minister in the department of trade & industry from 1996 to 1999.

Her tenure as deputy president was characterised by commitment to economic growth and transformation‚ leading the country’s economic growth plan‚ the Accelerated and Shared Growth Initiative for South Africa (AsgiSA).

Since 2013‚ she held the position of executive director of UN Women‚ responsible for upholding and empowering the rights of more than four billion women and girls all over the world.

INSPIRATION
Mlambo-Ngcuka began her career as a teacher in Durban and a lecturer at the Mpumalanga Teachers Training College between 1981 and 1983.

She gained international experience as a co-ordinator at the World Young Women’s Christian Association (YWCA) in the 1980s‚ where she established a global programme for young women focusing on job-creation opportunities.

In her capacity as director at UN Women‚ she chairs the UN’s Unstereotype Alliance‚ which aims to identify‚ challenge and address gendered stereotypes that exist in advertising and media. She was the recipient of the 2019 Cannes LionHeart award for her work in shifting harmful representation of minorities in media.

She is also the founder of the Umlambo Foundation‚ which supports leadership and education development for school principals in rural and under-resourced areas.

Never one to do the bare minimum‚ she also has a BA in social science and education‚ a degree in gender policy and planning from the University College in London‚ a master’s in philosophy majoring in educational planning from UCT and is the former chancellor of Tshwane University of Technology.

Mlambo-Ngcuka reiterated the importance of equality in education as a vital step to empowering a nation at the fourth annual Women’s Parliament conference in Cape Town: “Educate a woman‚ you educate a nation.”