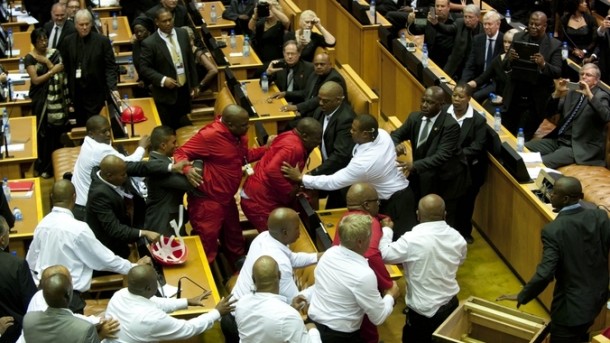 The Constitutional Court has upheld a high court decision that arresting members of parliament is unconstitutional. The Democratic Alliance approached the court to confirm last years High Court ruling following the arrest of EFF members at the State of the Nation Address. Last year police in civilian clothes arrested EFF members for  interrupting president Jacob Zuma’s speech. While handing down judgement today, Justice Mbuyiseli Madlanga explained that the process of Parliament can only be meaningful if MPs are given room to freely make their points and express their opinions. He stated that Section 11 of the Powers and Privileges Act, was unconstitutional and ordered that government pay the DA’s legal costs