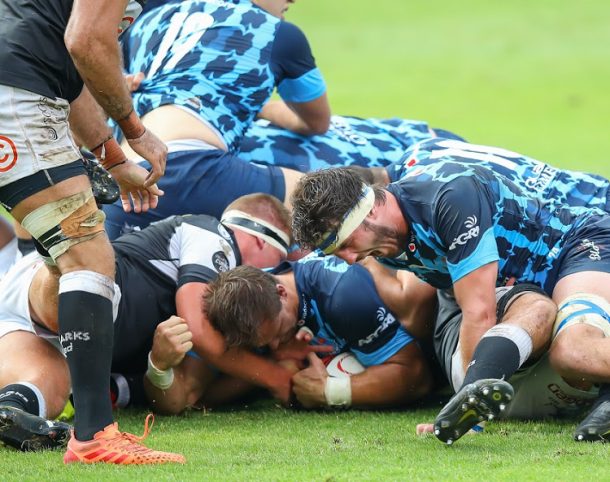 Blue Bulls director of rugby Jake White has readily admitted that his Currie Cup-winning team did not play their best match but their character helped win them the final.

The Bulls broke their drought by winning the trophy for the first time since 2009 but despite being heavily favoured‚ they were made to toil and were taken all the way into extra time by a resourceful Sharks team.

“It is incredible. With Covid‚ lightning‚ thunder and a first half cut in half. We had to adapt all the time. I definitely think it is a final that everyone will remember‚ for many different reasons. I’m proud‚” said White about the topsy-turvy match that in some ways mirrored the extraordinary season.

In the end the Bulls prevailed 26-19 after extra-time but at one point they were 19-9 down and staring down the barrel until White summoned the cavalry.

The coach lauded the composure of the players who came off the bench‚ as well as the cool head of grizzled captain Duane Vermeulen.

“The way our bench came on and handled the pressure because that is the kind of thing you want from a team.

“A guy like Duane‚ nevermind playing 80 minutes‚ played 100 minutes for a guy getting on. We have to manage him week for week. He stayed calm. A guy like Arno Botha came on‚ spoke nicely and kept them calm.

“The time we had given our bench was always going to be a telling factor‚ especially when it went into extra time‚” he noted.

White used the example of substitute flyhalf Chris Smith who had been given sufficient playing opportunity to gain experience while other teams might have persisted longer with their first choice flyhalf through the season.

As much as the Sharks were the team energised for the first two thirds of the contest the Bulls slowly but inexorably started getting traction as the game wore on.

The visitors had been steadfast in the tackle and adept operators at the breakdown‚ while the Bulls’ frustrations were compounded as they didn’t get the gains commensurate with their toil in the scrums.

“In previous games we might have been rewarded with penalties. When we were going forward it was like (the ref saying) ‘use it’‚” White recalled.

Despite being far from their ruthless best the Bulls summoned resilience and courage and found a way to break the Sharks’ defences.

“He has probably been our best player‚” said of Hendricks who had made a name for himself at wing before being moved to centre this season.

“A lot of guys who have played in that position like the Ma’a Nonus‚ the Tana Umagas‚ Caleb Clarke who is coming through now started on the wing. Cornal has a great appreciation for space and understanding for what guys in the midfield need to do.”

While players like Hendricks‚ Vermeulen and Morne Steyn may represent the old guard‚ White reminded of the youth in the Bulls’ forward ranks as a pointer to the future.

“They are going to be at the Bulls for a long time. Those juniors have now come through that learning process. They will remember this.”

In the end the coach was mightily relieved his team finally got their hands on the trophy and that he delivered on his promise to make the Bulls great again.