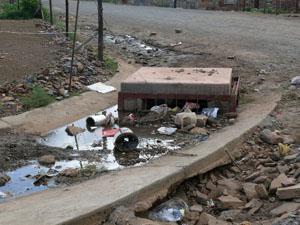 A cash-strapped Mpumalanga municipality has had disclaimers – the worst possible audit outcome – for the past seven financial years.

The situation at Thaba Chweu local municipality – which includes the small towns of Lydenburg (Mashishing), Sabie and Graskop – is unlikely to improve in the financial year that ended last month.

According to documents seen by Sowetan, the municipality expects to post a deficit of more than R26.6-million in 2015/2016 and forecasts another R18.6-million deficit in the current financial year (2016/2017).

Thaba Chweu municipality has been hit with disclaimers since 2008 and in the financial year that ended in June last year, auditor-general Kimi Makwetu slammed the municipality for misspending its infrastructure grant and the unspent portion not being backed by the cash in its bank account.

In terms of the Division of Revenue Act, allocations to all spheres of government may only be utilised for the purpose stipulated and in accordance with the applicable framework.

The municipality is among several across the country that owe power utility Eskom millions of rands for electricity.

Four months ago, Thaba Chweu local municipality reportedly owed Eskom about R320-million and it was threatened with disconnection.

Eskom spokesman Khulu Phasiwe did not respond to an inquiry on the latest figure.

Gordhan also set up a task team to “engage with the political and administrative leadership as well as support staff”.

“I acknowledge that the municipality is experiencing various challenges related to service delivery, financial management, institutional and administrative capacity, good governance and public participation,” Gordhan admitted in a letter to Farhad Essack, DA member of the National Council of Provinces for Mpumalanga.

Compounding the municipality’s institutional and administrative capacity troubles is the fact that it has had more than half-a-dozen bosses within a short space of time. Current acting municipal manager Lesley Mokwena was appointed last year. He had been the council’s chief financial officer only since February last year.

In the run-up to the 2011 local government elections, Thaba Chweu had lawyer Terrence Mokale appointed its administrator following allegations of maladministration and corruption including the theft of R3.2-million by some officials who changed passwords for its electronic banking system.

Since then it has had Mpumalanga premier David Mabuza’s former special adviser Jomo Mnisi, who was seconded to the municipality, Godfrey Nkosi, Billy Ralebipi, Tumelo Ratau, Surprise Maebela and Burton Koma as acting or permanent municipal managers.