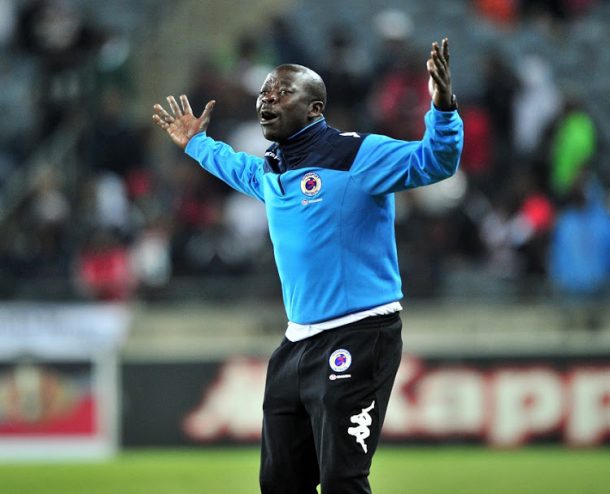 A two-week hiatus for SuperSport United after elimination from the Nedbank Cup might be just be the tonic to turn things around for the club‚ suggested coach Kaitano Tembo after their latest setback.

The club are off until their next league game against fellow high flyers Bidvest Wits at Mbombela Stadium in Nelspruit on Saturday‚ February 29.

Elimination from the Nedbank Cup in the first round in the Tshwane derby against Mamelodi Sundowns means Tembo can work on forging back the confidence he feels the side have lost.

Matsatsansa have been beaten in three of their past four league games to see their hopes of a surprise surge for the league title hit a brick wall.

Tembo says the side have paid a heavy price for not taking their chances.

“I don’t think we can be talking about the title right now. There are not many matches left and we haven’t scored in our last three games. That has made it difficult for us.”

SuperSport failed to find the net against both Lamontville Golden Arrows and Stellenbosch FC away in the league and against Sundowns in the cup.

Their last loss was 1-0 against new boys Stellenbosch on Friday night‚ despite dominating play.

That left them in fourth spot in the premiership standings with 34 points‚ which is 11 behind leaders Kaizer Chiefs‚ but having played two games more.

“This break is going to be good for us and we will look to do some team building to try and lift the players. It looks like they have lost confidence‚” the coach added.