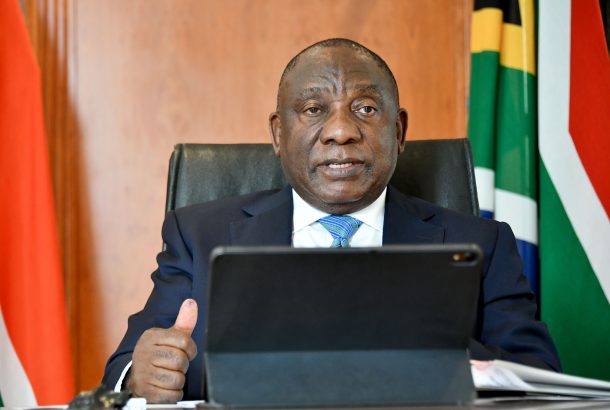 Tears‚ fears and no more groove!: Mzansi reacts to SA moving back to level 3

“It can’t be easy to have people dying every day from a pandemic during one’s presidency. Now is not the time for jokes and cynicism.”

This is one of the remarks from people who weighed in on President Cyril Ramaphosa’s emotional national address on Monday‚ as the country moved back to level 3 lockdown.

A teary-eyed Ramaphosa pleaded with SA to take care of themselves and comply with the Covid-19 regulation as the country’s infection rate hit the million mark milestone this week.

Under adjusted lockdown level 3‚ all indoor and outdoor gatherings have been prohibited for 14 days. Only funerals are allowed‚ but they cannot be attended by more than 50 people.

The curfew was extended from 9pm to 6am‚ while all beaches will be closed effective from Tuesday. Non-essential establishments‚ including shops‚ restaurants‚ bars and all cultural venues‚ must close at 8pm.

The sale of alcohol will not be permitted and the prohibition on consuming alcohol in public spaces remains‚ Ramaphosa said.

He said distribution and transportation of alcohol will be prohibited with exceptions.

“We have let down our guard‚ and unfortunately we are now paying the price‚” said Ramaphosa.

“The rapid rise in infections is being fuelled by so-called superspreader events‚ including end-of-year functions‚ family and social gatherings‚ and music and cultural events.

“This is a cause for great alarm‚ and points to an extreme lack of vigilance over the holiday period.”

Ramaphosa said every person needed to wear a mask in a public space.

“On conviction‚ they will be liable to a fine or to imprisonment for a period not exceeding six months or to both a fine and imprisonment‚” he said.

On social media‚ many felt irresponsible people were to blame for those who would suffer under level 3.

Others echoed Ramaphosa’s statement that everyone was responsible for their own behaviour and should do their part to help stop the spread of the virus.

Here is snapshot of what people said:

I have never seen a President cry or show this much emotion during an address. He is literally begging us to take care.
Please please South Africa look after yourselves and those around you. We need to take responsibility for our own actions now! 🙏 🕯 #level3 #Covid19SA

President very emotional tonight. Can’t be easy to have people dying everyday from a pandemic during one’s presidency. Now is not the time for jokes and cynicism. I don’t have any fine-sounding skeptical arguments. I’d much rather we stayed alive. #level3 #cyril

You can swear at me it's fine but ALCOHOL,GATHERINGS AND GROOVE are a major Factor that contributed to the increase in new Infections /new wave#level5 #Level3 #alcoholban #cyril

Wait…is @CyrilRamaphosa crying?? Its tough🙆‍♂️🙆‍♂️🙆‍♂️🙆‍♂️ #level3 #COVID__19
South Africans are stubborn… can be FOOLISH and their stupidity is putting all of us at risk. Wear your BLOODY mask, it doesn't make u any less clever #FamilyMeeting pic.twitter.com/ntuhlul0Y0