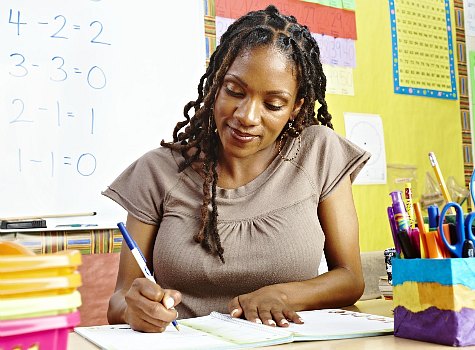 Some Grade 6 teachers may not be able to read this article, as only a third of those who took part in a reading test showed advanced reading skills.

This is according to the outcomes of the Southern and Eastern Consortium for Monitoring Education Quality study, which has been conducted four times in southern and eastern Africa since 2000.

The latest study was conducted in 2013 but its results were only discussed publicly for the first time yesterday in a parliamentary sub-committee meeting. The full report is due out next month.

South Africa took part in the test in 2000, 2007 and 2013 with teachers’ skills being tested in the past two tests. Pupils improved between 2007 and 2013 tests “off a very low base”, but teachers’ maths and reading scores dropped drastically.

Davies has called for an investigation into the quality of teachers, saying the results showed a “precipitous decline”.

The Western Cape’s mathematics scores improved the most compared to others. The provinces with the biggest improvements, Eastern Cape and Limpopo, had the lowest scores in 2007.

In Northern Cape, 77.7% of pupils had writing books, a pen and a ruler. The number was 91% in Western Cape;

An average of 66% pupils nationally owned one reading book and maths textbook;

34.7% of Grade 6 pupils are below the required level for reading; and

54.6% of Grade 6 pupils are below the required level for mathematics.

Davies said the department could not explain why pupils improved and teachers dropped during the discussion.

Department of Basic Education spokesman Elijah Mhlanga said the report had not yet been released by the co-ordinators in Botswana and that what was presented in parliament was a preliminary version. ”We will respond once the full report is available …”